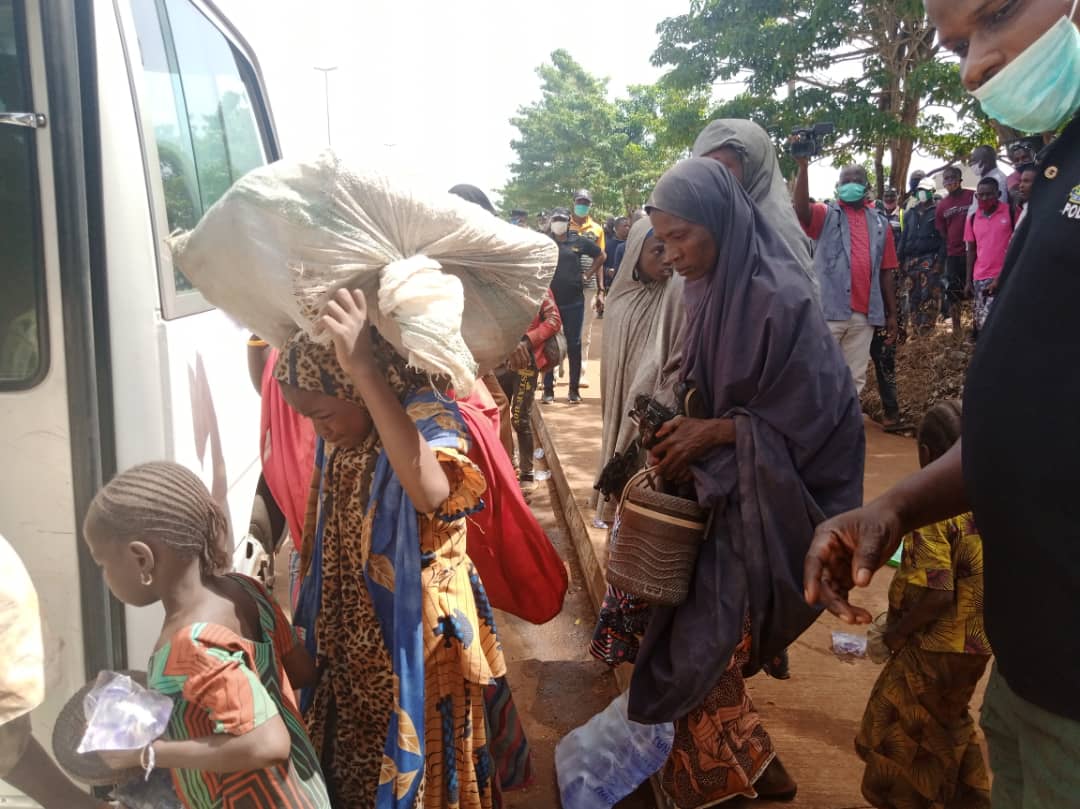 They were said to have arrived Akure, the state capital in the dead of the night.
They gained entry into the state despite all security apparatus mounted by  the state government.

The Almajiris were discovered at the Dangote Cement Depot along Oyemekun road in Akure .

They caused panic among residents who alerted government officials of their arrival.

Recall that in a bid to contain the spread of the deadly COVID-19 in the state as well as importation of cases into the state, Governor Oluwarotimi Akeredolu had on April 1, 2020 ordered that borders within the state be closed.

The Almajiris had traveled down to the state from Sokoto State despite the shutdown of borders across the state.

Despite that their bodies were stained with dust of cement, one of the Almajiris who gave his name as Garba stated that they arrived the state on a bus from Sokoto State.

The Senior Special Assistant to Governor Akeredolu on Security Matters, Alhaji Jimoh Dojumo who led the state’s Task Force Team on COVID-19 to the location where the Almajiris were dumped stated that he has been mandated by Governor Oluwarotimi Akeredolu that they should be returned to where they came from.

Dojumo who disclosed that the state government has commenced blockage of some routes which he said some travellers have been using to sneak into the state, urged other state governments to be vigilant in their surveillance.

“We received information that some almajiris numbering about 20 were dumped in this particular location by some trailers at night time and they are stranded here without knowing their particular destination.