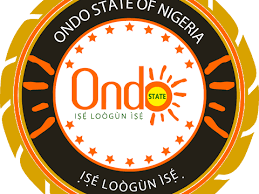 A traditional  in Akure North local government area of Ondo state, the Obalogun of Igoba, Chief Adinlewa Adeniyi has been docked before a State High Court sitting in Akure.

Adinlewa who is the head of Igoba Community was arraigned on  eight count charge of conspiracy to commit felony and false pretence to defraud on land ownership in the town.

He and two other defendants namely Chief Adegbola Omoye and Adelana Aderemi were also arraigned before the court for alleged forgery of document and breach of peace.

A mild drama ensued  at the commencement of the arraignment over the real status of Adinlewa who claimed to be a traditional ruler of his community.

He was told by the government’s lawyer of an existing official document that only recognised his title “Obalogun of Igoba” as a Chief in Obaile, Akure north local government area of the state.

The issue was dragged for a long time by counsels to the defendants and plaintiff, but it was resolved that Adinlewa is a chief.

According to the count charge brought by the state Ministry of Justice, “Chief Adinlewa Adeniyi, Chief Adegbola Omoye, Adelana Aderemi and other still at large, between year 2017 and 2019, at various times, at Igoba within the Criminal Division of this Honourable Court, conspired together to commit felony, to obtain by false pretence, forgery and other offences.