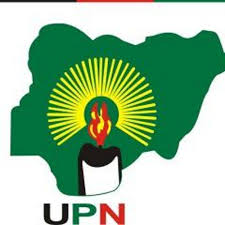 The Unity Party of Nigeria (UPN), Ondo State Chapter has distanced itself from collapsing its structure with the “Third Force” arrangement in the state to unseat Gov. Oluwarotimi Akeredolu.

It  was reported on social media that 14 different political parties including UPN have collapsed their structure  into the Action Democratic Party(ADP) as Third Force to unseat Gov. Oluwarotimi Akeredolu.

He said, “I wish to set the records straight concerning the news in the media that Unity Party of Nigeria has agreed to collapse its structures into the new Party that emerged from the arrangements made by some political parties in Ondo State.

“The information is not correct.
“Though UPN has been part of the discussions but it has not at anytime given its nod to collapse its structures into any political party that might emerge from the arrangements.

“The party has always believed that there’s nothing unusual to work with other parties if it has no candidate of its own at any particular election,” he said.