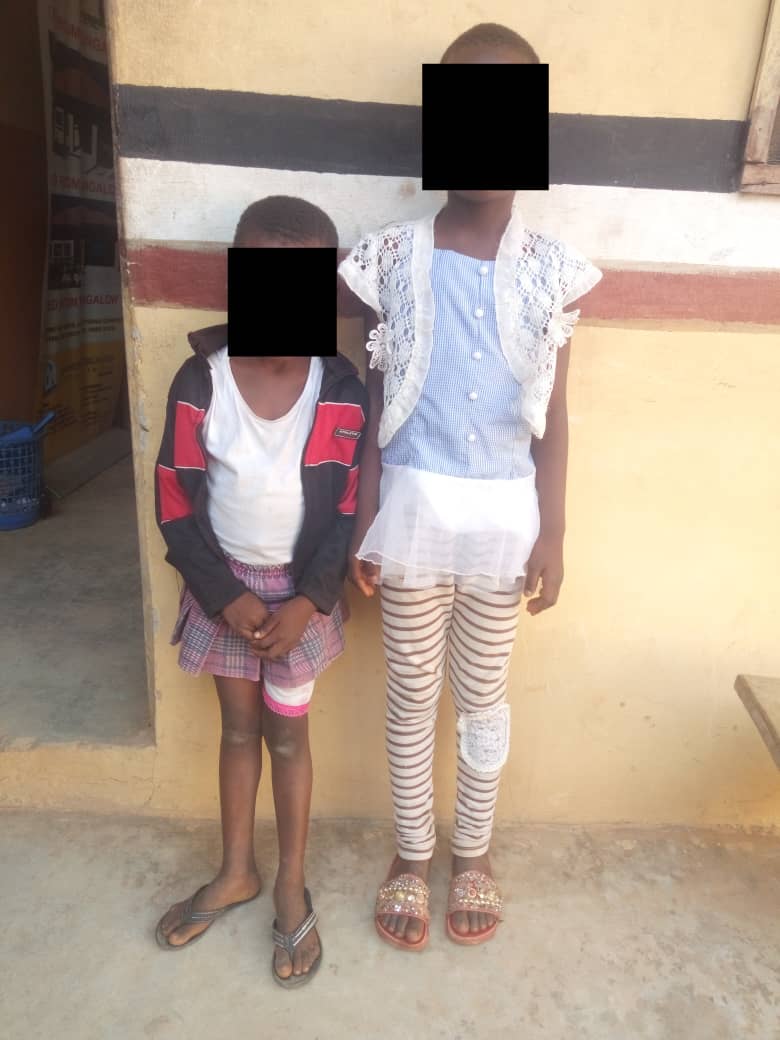 Operatives of the Nigeria Security and Civil Defence Corps in Ondo State have arrested a man, Femi Onifade for sexually defiling his two daughters.

Onifade, a welder was said to have defiled his two daughters, aged 7 and 9 years at No 27 Liberty Hospital Road, Oluwatuyi, Akure.

Parading the Suspect at the Command’s Headquarters in Akure, the State Commandant of NSCDC, Mr Philip Ayuba said the man was arrested based on intelligence gathering by officers and men of the Anti-Human Trafficking and illegal Migration Unit.

According to a statement issued by the command’s spokesperson, Olufemi Omole, operatives of the Command swung into action and arrested Onifade at his residence

The arrest was however made easy through the support of Deji of Akure, Oba Aladetoyinbo Ogunlade Aladelusi, Odundun II.

The monarch was said to have handed the suspect over to Akure Kingdom who handed over the Suspect who had earlier escaped from the Palace.

While being interrogated, the Suspect initially denied the allegation.

But its was later gathered that there has been a long term disagreement between the man and his wife due to constant molestation and maltreatment.

Onifade, it was learnt, usually capitalised on his wife’s absence to harass his two daughters sexually.

It was further gathered that the suspect bought a bottle of soft drink, mixed a powdery substance with it and gave the kids to drink some days ago.

He went further to seduce the kids and suck their private parts.

The neighbours responded after hearing the wailing of the children throughout the night after sending out their mother.

Medical examination from Federal Medical Centre Annex in Akure, however revealed that the two daughters have lost their hymen and private parts deeply opened.

The NSCDC Boss said the suspect would be charged to Court for Justice to take its course.

He said, “The State Government has shown interest in this case and the welfare of the children has been fully guaranteed”

The State Commandant further reassured the public of safety and adequate protection of lives and property as the Command is poised to eradicating all forms of criminal tendencies and social vices in Ondo State.