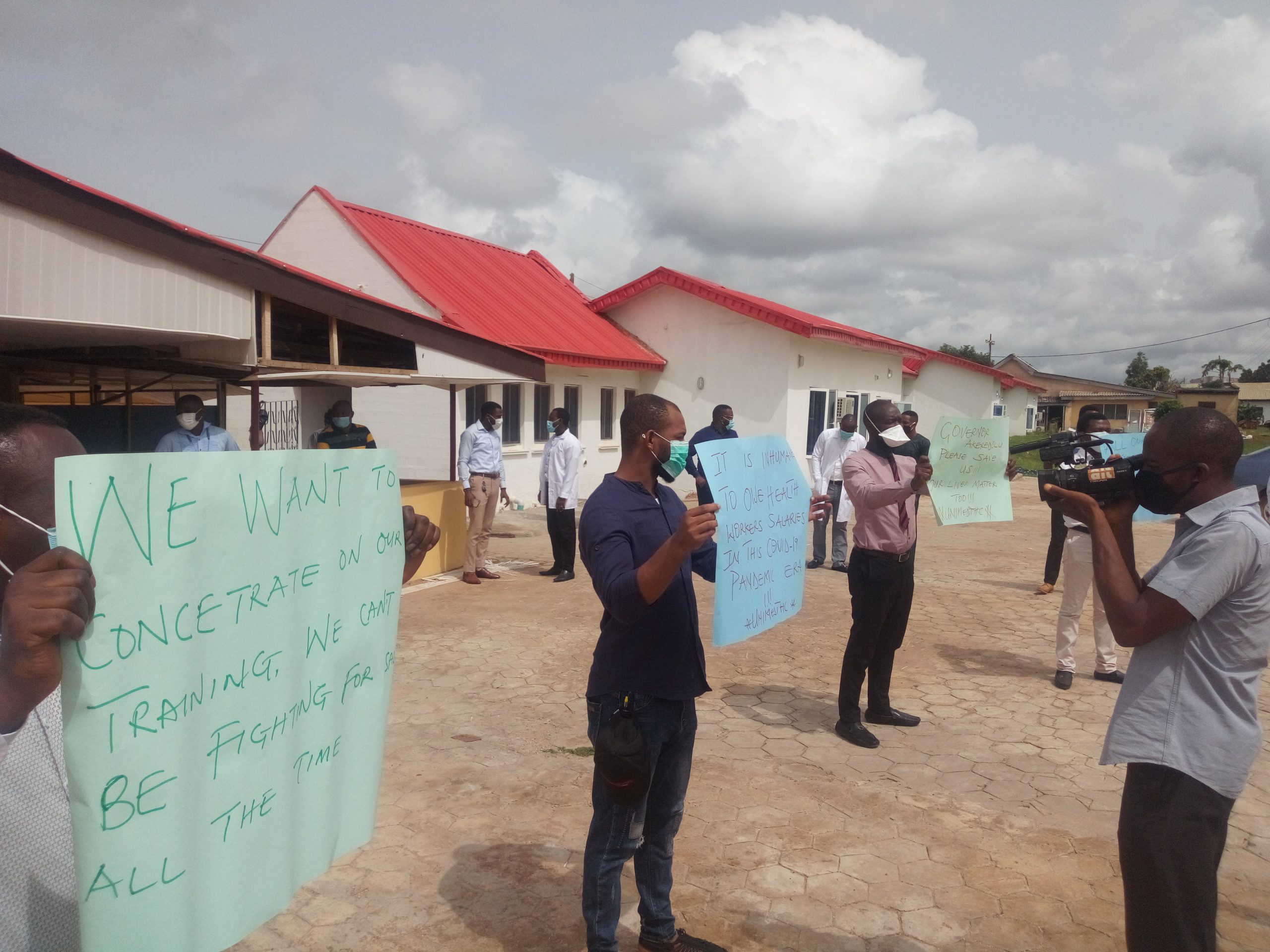 This was contained in a statement made available to newsmen on Wednesday in Akure by the Chairman of the Association, Dr Aina Oluwafemi after its State Emergency Meeting.

NAGGMDP is an affiliate of the Nigerian Medical Association (NMA), being the umbrella body for all general duty doctors who are in the employment of the state government; working in the Ministry of Health (MOH), Hospitals’ Management Board (HMB).

“That Government had, through official press release, social media, and circular to relevant government agencies announced the approval for immediate implementation of payment of 50 per cent of basic salary as special COVID-19 hazard allowances for all health workers, three months in the first instance.

“Government failed to implement the said pronouncements and circular when May salary was paid.

“That, instead, doctors got their salaries slashed, as much as 2.5 per cent of their consolidated basic salary was removed for reasons best known to the state government.

“The Association wishes to categorically state that our members are expectedly disappointed, perplexed and in distraught as to how the state government could subject them to this degree of ridicule and public embarrassment.

“Doctors in Ondo State are, as we speak, angry and very low in spirit,” the statement read in parts.

The statement said the issues raised by the doctors confirmed the insensitivity of the state government to welfare of doctors in the state.

“Till date, Ondo State government has refused to implement consequential adjustment of increment in minimum wage to doctors and other health workers.
“Whereas other workers in the State have been enjoying the new minimum wage since January, 2020.

“In the same vein, the Government has also sought to divide the previously united body of Doctors in the state by selectively implementing skipping, which is a regularised salary structure for health workers, to only doctors in the newly established UNIMEDTHC.

“To this end, the State Executive Council of our association had issued a 14-day ultimatum to Ondo State government to tell us, why we have to part with 2.5 per cent of our basic salaries, and that the unsolicited deduction be refunded with immediate effect.

“The present situation of our ill fated 50 per cent basic salary as special COVID-19 allowance. The modalities for immediate implementation of consequential adjustment of increment in minimum wage.

“When our January 2017 salary arrears will be paid and also, commencement of regularisation of skipping salary structure for Ondo State Doctors.

“Failure to meet our above demands, the executive will have no other choice than to revert to our congress and decisions that will be arrived at will be binding on us as executives,” the statement concluded.