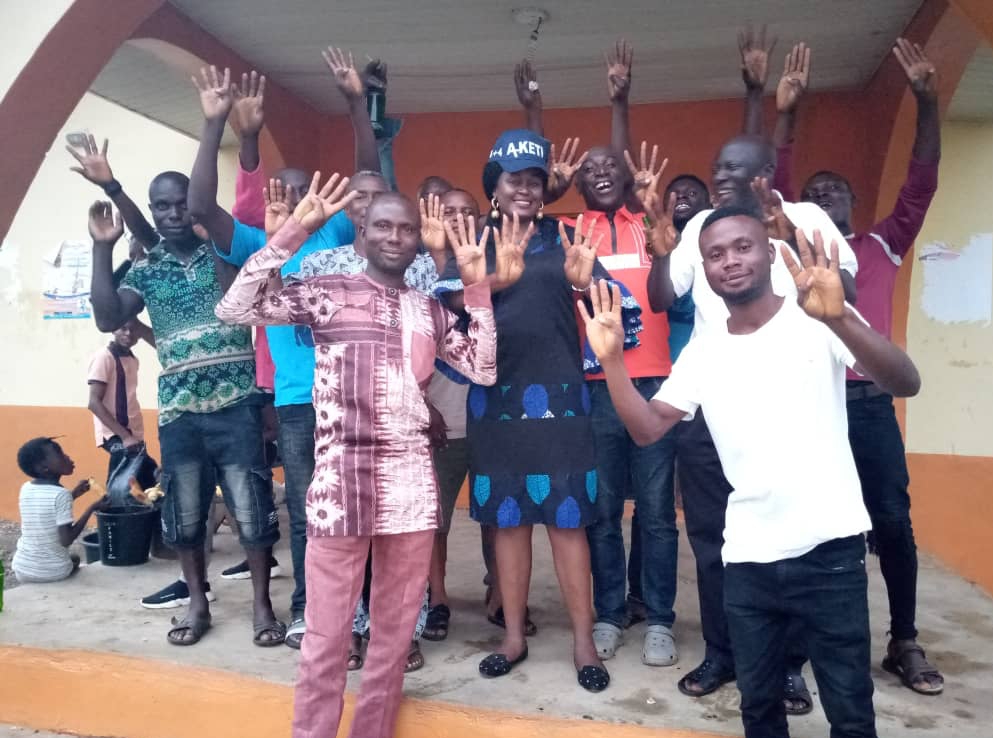 In her address at the get together for Apoi ward 4 leaders  and youth in Igbonini town  Falana who is the director of research and planning for Ibi Giga Ambassador, encouraged all to avoid the rumours going round .

She charged them to focus on things that will ensure the success of the governor, who is an Apoi man, at the poll.

The well attended meeting was a morale booster for the ward leaders who promised to work assiduously to ensure Governor Akeredolu’s victory.

In his remarks, the ward chairman, Elder Duyile Manuwa appreciated the convener who he described as a respected leader in the ward and community.

He promised  to continue to rally support for success of the party and Arakunrin Rotimi Akeredolu.

He declared Apoi ward 4 as fully in support of Aketi second term.