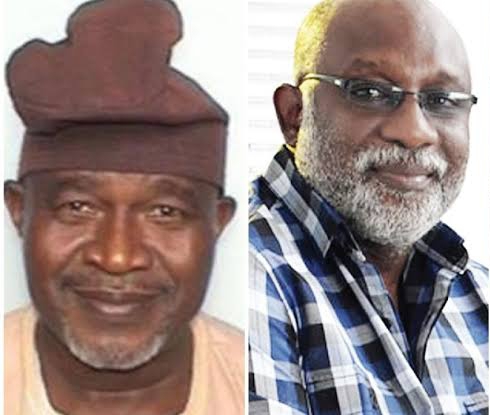 Abegunde, was again missing in action at the government house, where the nomination form was presented to Governor Rotimi Akeredolu.

He also shunned Ibi Giga Ambassadors event where vehicles were presented to supporters of Governor Akeredolu on Friday.

There is a cold war between the Governor and his SSG which has reached a crescendo.

Unlike Akeredolu’s Deputy, Agboola Ajayi who is on the verge of joining the Peoples Democratic Party, Abegunde has decided to join forces with others to dislodge the governor.

It was gathered that the SSG has pitched his tent with Olusegun Abraham’s camp.

Abegunde who has refused to attend government functions in the last two months is said to be plamning to be Abraham’s deputy.

The relationship between the SSG and the Governor went frosty, following the inability of Abegunde to get patronage in the government to assist his supporters.

He was said to have been bittered by the way the governor’s relatives are executing all the contracts available at the expense of party members.