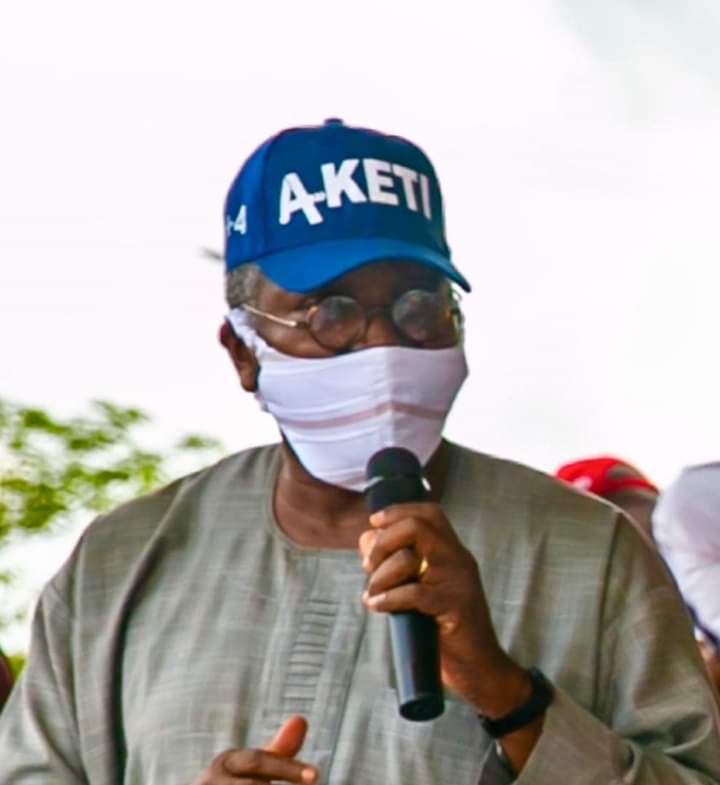 Latest is emanating from the family of the former governor of the state, Pa Adekunle Ajasin.

While Jumoke Anifowose is against the reelection bid of Governor Rotimi Akeredolu, his brother, Tokunbo Ajasin  is supporting the governor to retain his seat.

Both Jumoke and Tokunbo are children of the late First Civilian Governor of old Ondo State, Pa Adekunle Ajasin and hailed from Owo, same local government with the incumbent Governor, Akeredolu.

Tokunbo Ajasin has affirmed that Governor Akeredolu will emerge victorious in the forthcoming primary and would proceed to winning the governorship election in the state.

Ajasin, who is the state’s representative on the board of the Revenue Mobilization Allocation and Fiscal Commission (RMAFC), described the leadership stlye of the Governor as very impressive.

He spoke at the inauguration of Ibi Giga Ambassadors constituency coordinators where 26 campaign vehicles procured by the group were presented to the coordinators by the Governor.

Ajasin was also with the Governor at the Government House, Alagbaka, Akure, where lawmakers and support groups that obtained expression of interest and nomination forms came to present them to the Governor.

He said the leadership acumen of the Governor has changed the narrative where people believed that those seeking political office must be the one to dole out money all the time.

Ajasin lauded the gestures of the lawmakers,  the various support groups and the Ibi Giga Ambassadors for purchasing the expression of interest and nomination forms and procuring campaign vehicles for the second term bid of the Governor.

His words: ” I’m very impressed with your leadership. You have made a good example. By the Grace of God , Akeredolu will be victorious in the coming elections.”

But his Sister is a member of the Unity forum who is working against the reelection of Akeredolu.

She has teamed up with other aspirants.