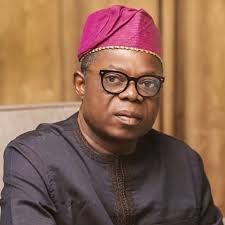 A governorship aspirants on the platform of the All Progressives Congress in Ondo state, Chief Olayide Adelami, has accused the party’s Chairman in Owo local government, Mr Sydney Ogunleye of fueling crisis in the party.

He said he remains a bonafide and registered member of the APC in Owo local government area.

According to a Statement signed by Segun Ogodo, on behalf of the Olayide Adelami Campaign Organization, the Aspirant expressed deep concern that Ogunleye is using his position to bring down members.

He added that Ogunleye is unnecessarily overheating the polity by declaring him as non-member of the party.

Recalled that Ogunleye had issued a Statement to disown Adelami as unknown to Owo local government APC.

This declaration has generated and brewed crisis in the area where the incumbent Governor Oluwarotimi Akeredolu is also from.

Adelami said Owo APC leadership sees him as the next governor of the state.

He stated, “It is unfortunate that Mr Ogunleye who on different occasions has told ward chairmen in Owo local government to warmly welcome all aspirants, especially Chief Adelami who he sees as the next governor of the state, would be willing to be a tool in the hands of desperate and drowning politicians for personal benefits and enhancement.”