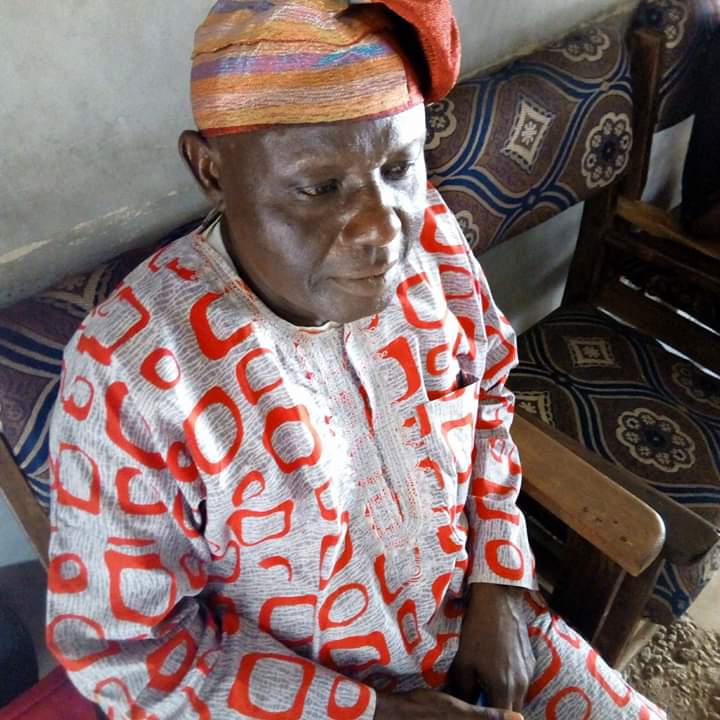 A septuagenarian retiree of Owena Press Limited and Veteran Journalist who worked at The Hope newspaper, Japhet Ogundojutimi has passionately begged Governor Rotimi Akeredolu, The Hope newspaper management and the State Commissioner for Information, Donald Ojogo to ensure the payment of his gratuity after 8 years of retirement.

Ogundojutimi channelled his appeal to Governor through an open letter that was made available to newsmen in Akure yesterday and copied to Ojogo and other stakeholders.

The veteran was a photojournalist for many years at The Hope newspaper before he retired.

The 72 year old indigene of Idanre stated in the letter that he was forced to resort to an open letter because of the pangs of poverty and inability to buy his needed medications.

Although Ogundojutimi apologized to Governor Akeredolu for choosing to write an open letter to him. He however added that the open letter was meant to remind the governor an earlier letter written to him on the payment his gratuity and that of fellow retirees.

The open letter reads in part, “This letter is meant to remind Your Excellency of our earlier letter and appeal to pay our gratuity. I, therefore, apologize for taking this route of writing an open letter to you.

“It was informed by the saying that when a man – an old man for that matter – is hungry, he resorts to desperate measures. Sir, I retired as a Chief Photographer with The Hope Newspapers some eight years ago but I’m yet to be paid my entitlements. I am in my seventies (70s)”

Japhet Ogundojutimi recalled how he and his fellow retirees wrote a joint letter to the Governor Akeredolu in May last year with the hope that he would address their issue but to no avail.

“I had joined others in April/May last year to write a joint-letter to Your Excellency on this issue under the umbrella of ‘Forum of Retired Staff of Owena Press.’ My heart leapt with joy when told that you acknowledged the letter and sent same to Owena Press for verification (of attached names) and financial implication. It also gives me hope each time you are quoted on Radio/TV reiterating your readiness to do whatever it takes to clear arrears of gratuity owe workers in the state”.

He also appealed to Governor Akeredolu to please emulate his two predecessors, Dr. Olusegun Agagu and Dr. Olusegun Mimiko who took thought it necessary to clear the backlog of gratuity owed the retirees of Owena Press.

“For the record, sir, the governments of Dr Olusegun Agagu and Dr Olusegun Mimiko respectively cleared the arrears of gratuity of the company when they came on board. I am, therefore, appealing to you, sir, to bail me out of the poverty, lack and want that have become my lot since retiring from Owena Press Limited”.

Meanwhile, Ogundojutimi has also appealed to Governor Akeredolu to
rescue him from a dehumanizing life that has made him to often beg for food and money at his old age to purchase needed medications.

“It is dehumanizing, to say the least, for a septuagenarian to go cap-in-hand begging for food and money to buy needed drugs to sustain his failing health and attend to other personal and family needs.
I am, therefore, using this avenue to remind you of our case, and also appeal to you to bail me out of this miserable existence of begging to live in my twilight years”.