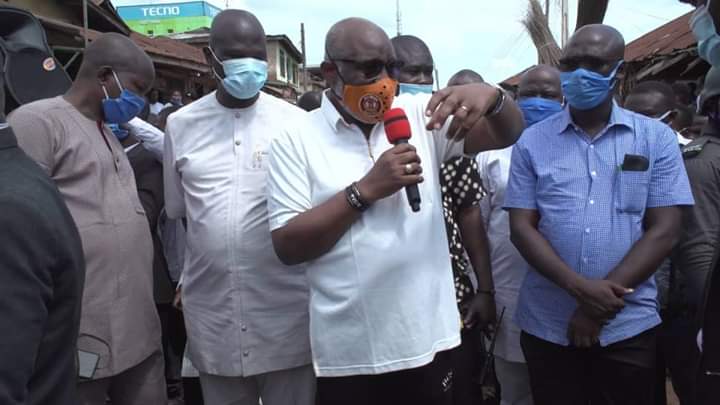 Akeredolu made the promise when he visited the scene of the fire incident which occurred on Sunday night at Oba Nla in Akure, the state capital.

About thirteen shops were razed by the fire, destroying property worth millions of naira.

Governor Akeredolu who sympathized with the victims,  promised to render assistance to victims whose shops were razed down in the fire incident.

He explained that the state Emergency Management Agency would be mandated to assess the level of damage with a view to compensate the victims.