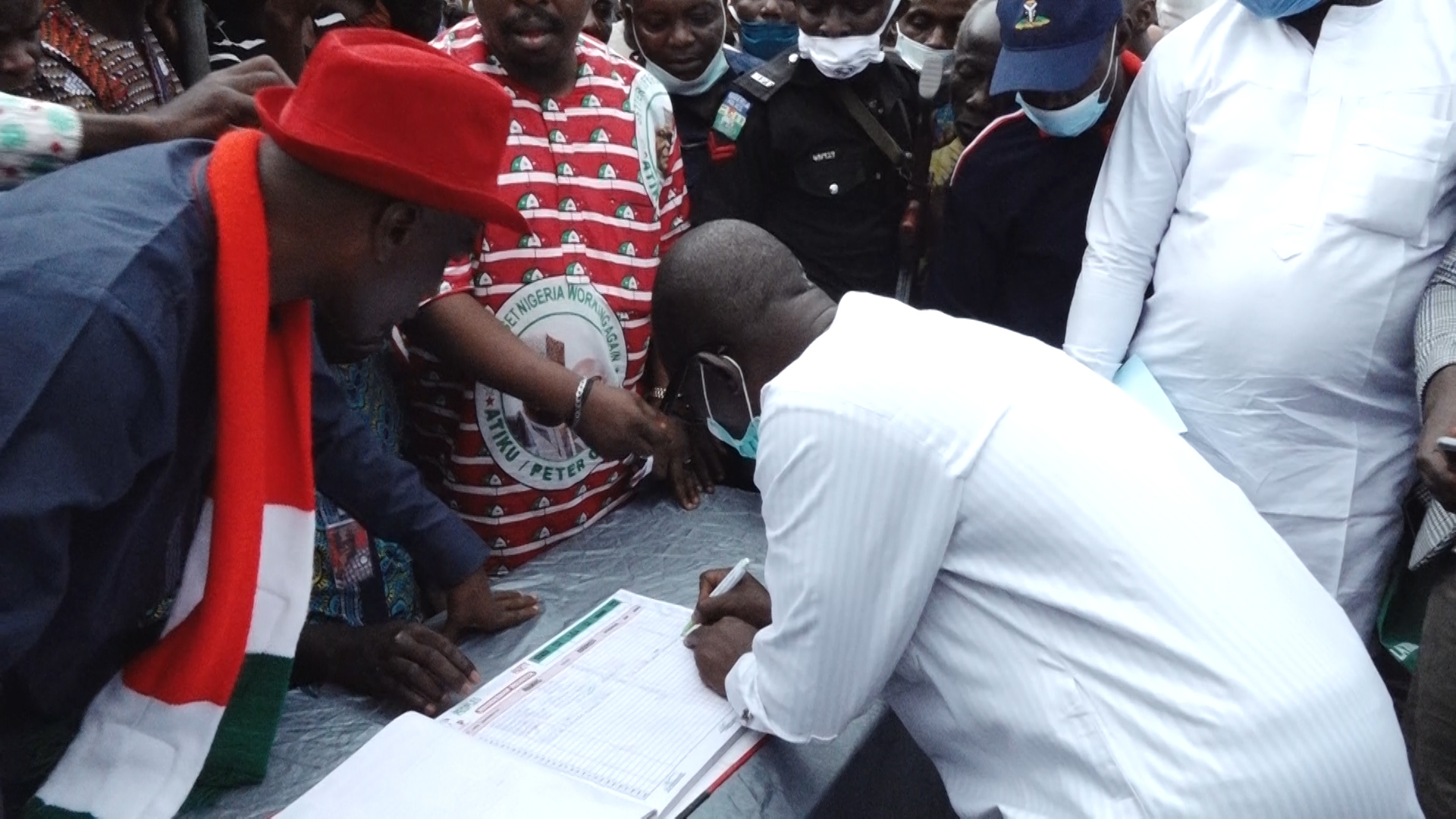 The incumbent deputy governor of Ondo State,  Agboola Ajayi Sunday resigned his membership of the All Progressive Congress (APC).

This is coming as he described the action of the state commissioner of police, Bolaji Salami at the government house as a show of shame.

Recalled that the police commissioner had blocked the Deputy Governor from packing his property from the government house.

He noted that the commissioner of police has turned himself to a useful tool in the hands of desperate politicians.

He said the attitude of the commissioner of police shows that Nigeria is not ripe for state police.

He added, “I am sorry to say, the attitude of the Ondo state police commissioner shows that Nigeria is not ripe for state police”.

He declared that he would not resign his appointment as the state deputy governor no matter the intimidation.

The Chairman of PDP, Apoi ward 2, Festus Oboro while registering the deputy governor and presenting the party’s membership card to him welcome him back to his “home and family.”

Oboro said that Ajayi would definitely add value to the party in the state. Ajayi said that the people of the state should expect a change that would be beneficial to them.

Responding, Ajayi said: “What will happen in this state is going to me like a tsunami as many bigwigs in the APC will be joining the PDP in a matter of days.