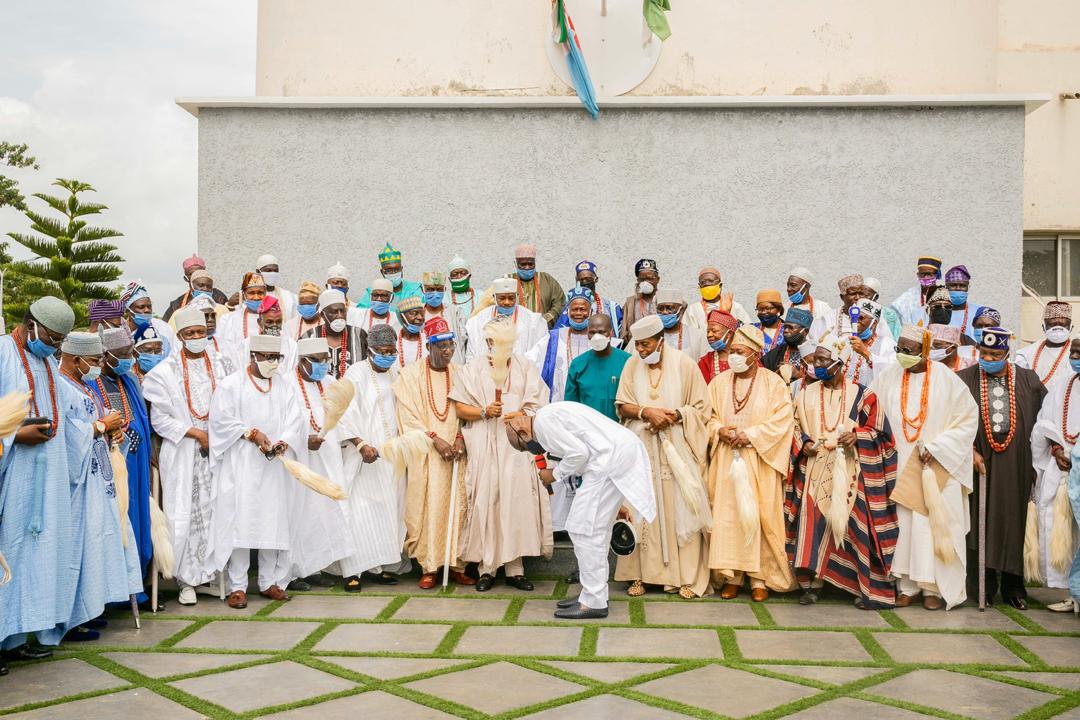 This development followed what the Royal Fathers termed the sterling performances of Governor Akeredolu across all critical sectors of development.

Speaking one after the other, during their monthly meeting in Akure, three Grade A Kings, one each from the three Senatorial Districts of the state, who are permanent members of the Ondo State Council of Obas said there was no hitting up the polity when the incumbent governor is performing creditably well.

The Olubaka of Oka, Oba (Dr) Yusuf Adebori Adeleye took time to justify the position of his fellows Obas to real out various life-changing interventions of the Akeredolu Administration in the Northern Senatorial District.

The Olubaka said the multiplier effects of road infrastructures both completed and ongoing across the Northern Senatorial District, remodeling of schools, bringing quality Healthcare to the people and the monumental efforts at the Adekunle Ajasin University, Akungba Akoko are unprecedented.

Also speaking on behalf of his fellow Obas in the South Senatorial District, the Abodi of Ikale, Oba Babatunde Faduyile said the resolve to support Arakunrin Oluwarotimi Akeredolu for a second term in office as governor of Ondo State is well-thought-out in the interest of the people of his people and the state in general.

The Royal Father said with leans resources, Governor Akeredolu is bringing development to the doortsteps of his people at a pace least expected, adding that the Southern Senatorial District cannot afford a truncation of the various laudable projects in the works for the area.

The Deji of Akure who spoke on behalf of Royal Fathers in the Central Senatorial described as iconic the performance of Governor Akeredolu adding that all the efforts are verifiable and salutary.

He said much as he would not discourage any aspirants from showing any aspirations, he would speak up at such fora on the performances of Governor Akeredolu.

“He has done a lot in Akure. Anywhere I go, I tell them Akeredolu has done great things in the State such as the reconstruction of Hospital, construction of roads. I have long time prayed for him, and I will continue” he said.