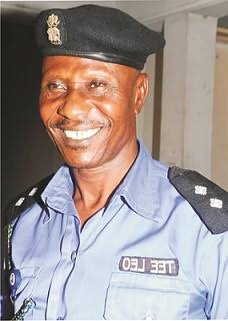 At least no fewer twenty shops have been burgled at midnight by night marauders in the last seven days in Akure, the Ondo state capital.

The shops, were burgled in the middle of the night, as cash and some products were carted away.

In most cases, the burglars broke the walls of the shops to gain entry.

At hospital road alone, five shops were burgled, carting away goods worth millions of naira.

One of the shops burgled was a pharmaceutical shop opposite the University of Medical Sciences Teaching Hospital.

The burglars vandalized the shop and carted away thousands of naira.
Many shop owners have therefore, called on the state police command to beef up security within Akure.

They  appealed to the state commissioner of police to come to their rescue by ending the nefarious activities of the hoodlums.

Reacting, spokesman of the state command, Tee- Leo Ìkorò said more patrol teams will be deployed to the affected areas.

Ìkorò said, “Although we have not received complaints from the affected shop owners, we are ready  to deploy patrol teams to the area”