Rainstorm destroys over 100 houses in Ondo, renders many homeless. 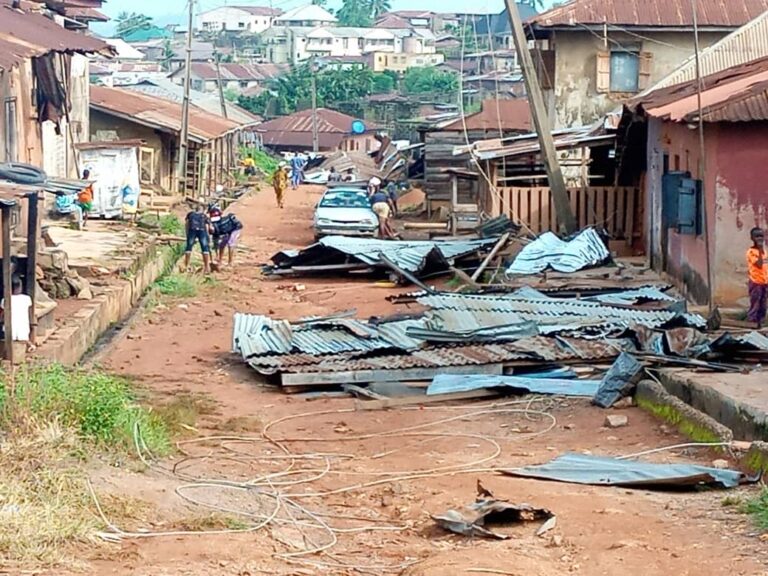 Rainstorm has destroyed over 100 houses in the  hilly town of Idanre in Ondo state, rendering many people homeless.

Mostly affected by the rainstorm were houses  in Alade Idanre where many roofs were blown off.

Electricity poles were not also spared.

Some of the affected streets are: Idimilokun, Oke-Ibukun and Police Station road among others.

The General Hospital, Idanre was also affected as  its car park was blown off and reduced to rubbles.

The rainstorm also pulled down the gate  of a retired Justice of Supreme Court.

A victim, Mrs Janet Jonuash, who has a computer Centre at the former Post Office building, one of the affected areas at Alade Idanre, lamented her loss.

She said over three million naira equipment damaged and stationeries spoilt by the storm after the roof of her shop had been blown off.

“All I have laboured for in my life has been destroyed. I need government support to bounce bsck’, She lamented.