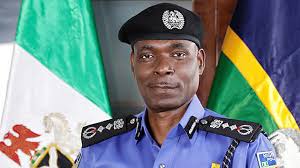 The Inspector General of Police, Mohammed Adamu has ordered the Commissioner of Police in Ondo State, Bolaji Salami, to restore the security details of the state’s deputy governor, Hon. Agboola Ajayi, with immediate effect.

The IGP’s directive was contained in a memo addressed to the Police Commissioner through the Deputy Inspector General of Police, Operations, Force headquarters Abuja.

The memo with Ref. No CB: 2002/DOPS/FHQ/ABJ/VOL/77/168 was signed on behalf of the IGP through Austine Agbonlahor, Assistant Inspector-General of Police.

The security details attached Ajayi  and his office were withdrawn on the orders of the Commissioner of Police in the state last week Wednesday.