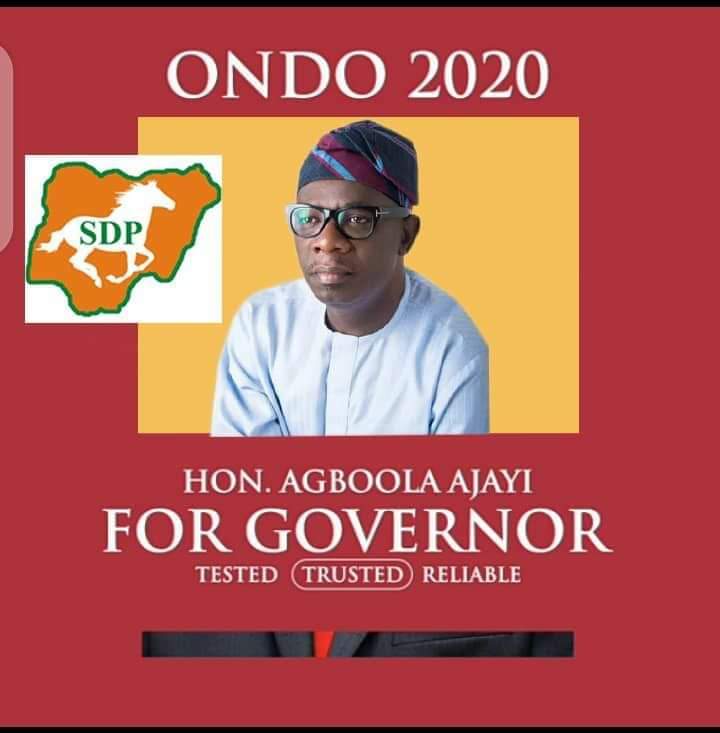 The campaign posters of Ondo state deputy Governor, Agboola Ajayi with his picture in other political parties rather than People’s Democratic Party have flooded many social media platforms.

One of the posters is that of the Social Democratic party displaying his picture as an aspirant under the party.

But in a swift reaction, the Deputy Governor has disowned the posters, saying it is handiwork of mischief makers.

According to a statement issued by Media Adviser to the Deputy Governor, Mr. Allen Sowore, he said the posters were the hardiwork of desperate politicians who have tried unsuccessfully to pitch the leadership of the People’s Democratic Party (PDP) against the Deputy Governor.

The statement reads, “This is the hardiwork of desperate politicians who have tried unsuccessfully to pitch the leadership of the People’s Democratic Party (PDP) against the Deputy Governor.

The purveyor of this fake news are well known to the public. We would not have responded to this fake and unsubstantiated story if not for unsuspecting members of the public.

“There was no time the Deputy Governor addressed press after his official declaration for the PDP on Monday 22nd June, 2020”

The Deputy Governor therefore urged the public to disregard this and the subsequent ones to follow, stressing that, “It is understandable that it will take a very long time for the All Progressives Congress, (APC) to recover from the whammy which the defection has caused”