I will not step down for any aspirant- Eddy Olafeso 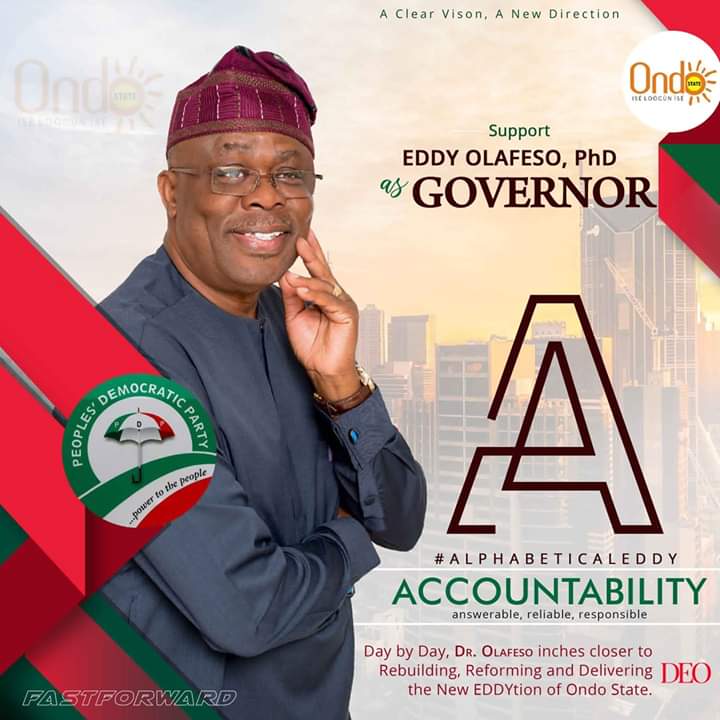 A Governorship aspirant on the platform of the Peoples Democratic Party in Ondo State, Olorogun Eddy Olafeso says he will not step down for any aspirant ahead of the party’s primary election.

Olafeso, a former Deputy National Chairman of PDP, said he is in the race to bring rapid development to the state.

Olafeso spoke while featuring on a programme titled “Politics Today” on AIT on Wednesday.

The PDP aspirant noted he has experienced both in public and private sectors to give the state a facelift if elected to govern the state.

He added that politics for him is not a do-or-die affair, stressing that he would remain in PDP if he fails to pick the ticket.

He said, “I can never step down for any aspirant. I am capable of governing Ondo state with the experience i have garnered over the years both in private and public sectors.

“Ondo needs deliverance and I think I have what it takes to bring about the desired change”.

While answering question on the number of aspirants jostling for the ticket from the South senatorial district, Olafeso said this is an indication that Ondo south will produce the next Governor.

“It is true that we have seven aspirants from the south jostling for the ticket. I am confident that I will clinch the ticket”