BREAKING: I can’t handle over Government to Agboola Ajayi…Akeredolu 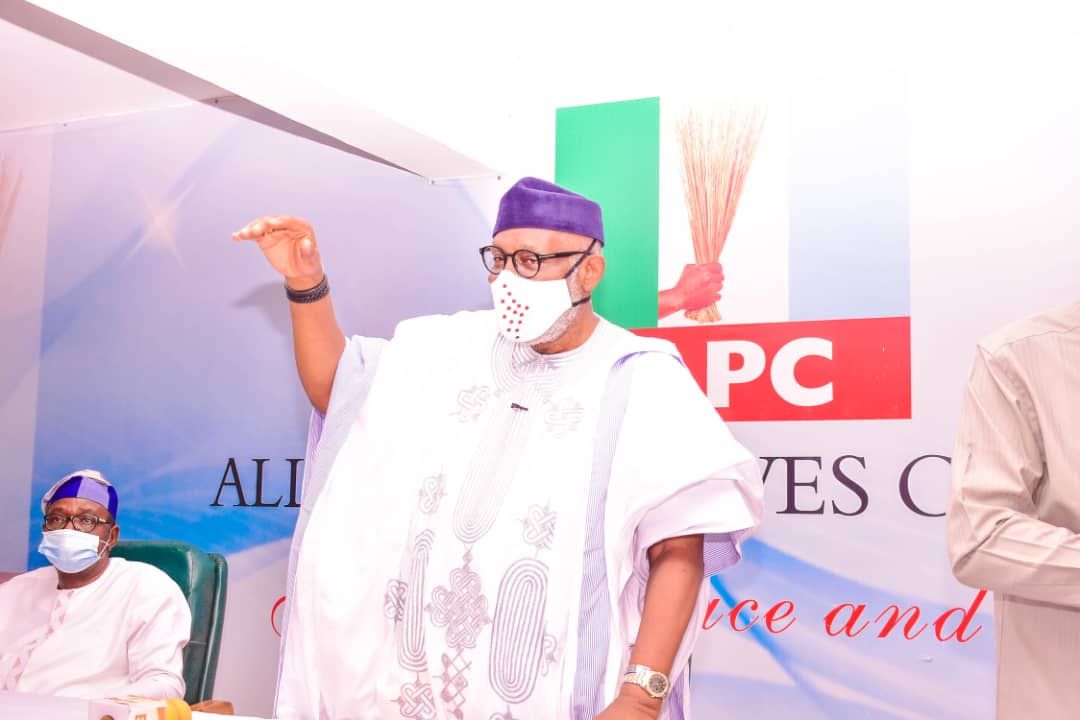 Ondo state Governor, Rotimi Akeredolu says despite testing positive for COVID-19, he will not hand over the running of Governance in the state to his Deputy, Agboola Ajayi.

Akeredolu spoke through the State commissioner for Information and orientation, Donald Ojogo at a media parley in Akure, Ondo state on Friday.

Governor Akeredolu had tested positive for COVID-19 on Tuesday.

The state information manager said it is a non issue that Governor Akeredolu should handover Governance to Agboola Ajayi .

Ojogo described the state Deputy Governor as the greatest threat to good Governance in ondo state.

Recalled that the state Deputy Governor had two weeks ago defected from the ruling all progressives Congress to the peoples Democratic party.