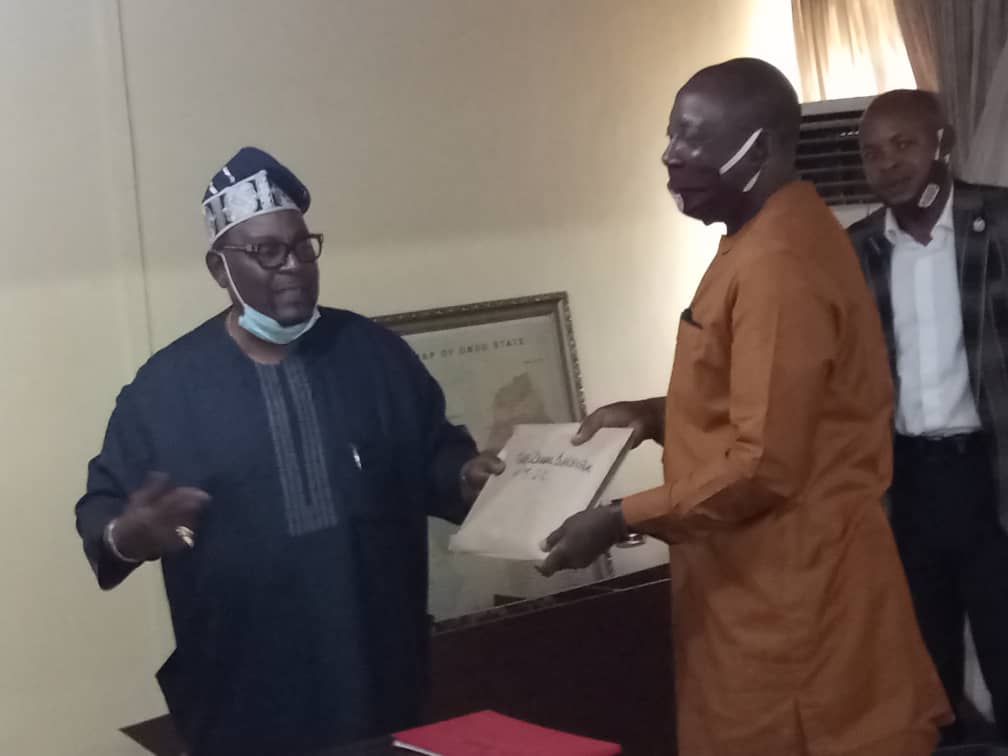 Mr. Attah who had earlier served as State Coordinator in Taraba and Osun states respectively before his elevation to the position of Director pleaded with his host to improve on the sanitary conditions at Registration Area Centres (RACs) so that corps members can give their best.

He said, “It is an incontrovertible fact that NYSC since her involvement in electoral process has made huge and tangible contributions which has earned INEC accolades worldwide”.

“I want to plead with you to impress it upon the personnel in charge of Registration Area Centres (RACs) to ensure that it is properly kept and fumigated so that the corps members that would be deployed to various Local Governments will feel secured at such places.

“During the last elections, most of the RACs were not properly managed and even the rooms provided fell short of our expectations of decent accommodation, and this did not give your Commission deserved applause”.

The NYSC boss reiterated that the security and welfare of corps members are paramount and should be treated with utmost respect and priority.

“In the time past Sir, the security arrangement for our corps members leaves much to be desired but with the Gubernatorial election coming up in early October, 2020 in the state, NYSC want to implore INEC to improve on the arrangement.

“On our part, NYSC will be  be ready to give unflinching support and commitment towards realisation of INEC assignment by deploying committed corps members to serve as adhoc staff during the election”, Attah added.

The Benue  State born administrator harped on the memorandum of understanding where it was stated that corps members on electoral duty would not be posted to riverine areas.
Responding, the Resident Electoral Commissioner, Ambassador (Dr.) Rufus Oloruntoyin Akeju said that no good election can be successfully conducted without the involvement of the laudable Scheme.

He thanked the Director, NYSC Southwest Area Office for the visit and promised to critically look at all the requests placed before the Commission.

Ambassador Akeju disclosed that Security personnel that would be engaged for the Gubernatorial election would be specifically trained on their roles by INEC.