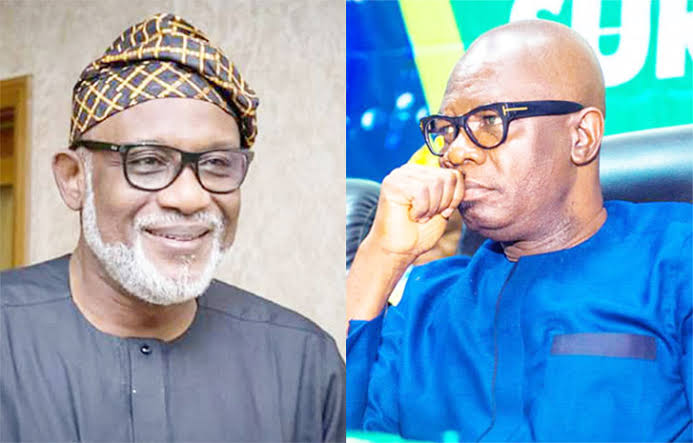 A leading Governorship aspirant on the platform of the Peoples Democratic Party, Eyitayo Jegede (SAN) says the All Progressives Congress has lost its political relevance in Ondo state due to poor programmes executed by the current government in the state.

Jegede made this statement in an interview conducted for him by Sunday Guardian.

He said the state Deputy Governor, Agboola Ajayi dumped the APC because the party is no longer relevant in the scheme of things in the Sunshine state.

According to him, APC no longer has structures that can make the party victorious in the Governorship election, slated for October 10.

He said, ” If APC is a good platform, the Deputy Governor will not move to the PDP. If APC is a winning party, the gentleman will not dump it.

“If Agboola Ajayi has a good chance of success in APC, obviously he won’t contemplate of moving to the PDP, if he has a cordial relationship with his party men and his boss (the Governor), he would have no cause to say he is moving. We are not afraid of the competition.

“Now, the trajectory in the last few years is obvious for anybody to see and I say this clearly and with all sense of responsibility that before 2019, APC had all the structure in place but that has changed now.

“You will recall that with the 2015 election, APC had all the three Senators, Senator Yele Omoguwa from the South, Senator Alasoadura from the Central, Senator Boroffice from the North but with the elections of 2019, APC lost two of those Senate seats and they retained only one, even the one they retained is just a facade because the only Senator is obviously not in good terms with the structure of the APC, in effect, the APC has no Senators in reality”