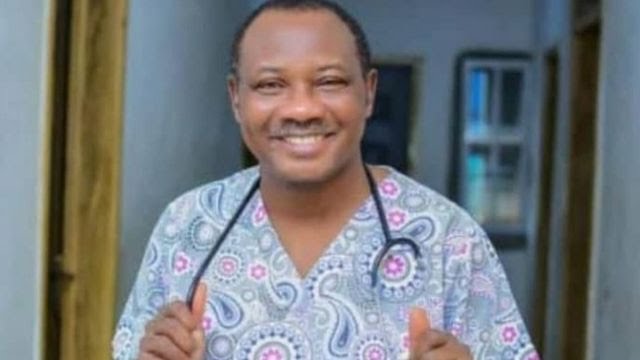 A former chairman of the Nigeria Medical Association in Ondo state, Dr Michael Adeyeri has died of COVID-19 infection.

Mr. Adeyeri who is the founder of Shekinah Hospital, Alagbaka was said to have died in his hospital after attending to a patient.

The current chairman of the NMA, Dr. Wale Oke confirmed this to thenewstrack.com.ng.

He is also a doctor working under the state government.

His death has continued to elicit reactions from medical practitioners and health workers.

His hospital has also continued to host sympathizers of different shades.

It was gathered that Mr. Adeyeri was taken to the Federal Medical Centre, Owo after he personally noticed he had contracted the virus.
READ ALSO: https://thenewstrack.com.ng/nine-ondo-lawmakers-write-cj-over-planned-impeachment-of-deputy-governor/

Recalled that the State Commissioner for Health  suffered similar fate having bowed to coronavirus infection.