Breaking: Supporters of 11 aspirants protest in Ondo over adoption of Indirect primaries 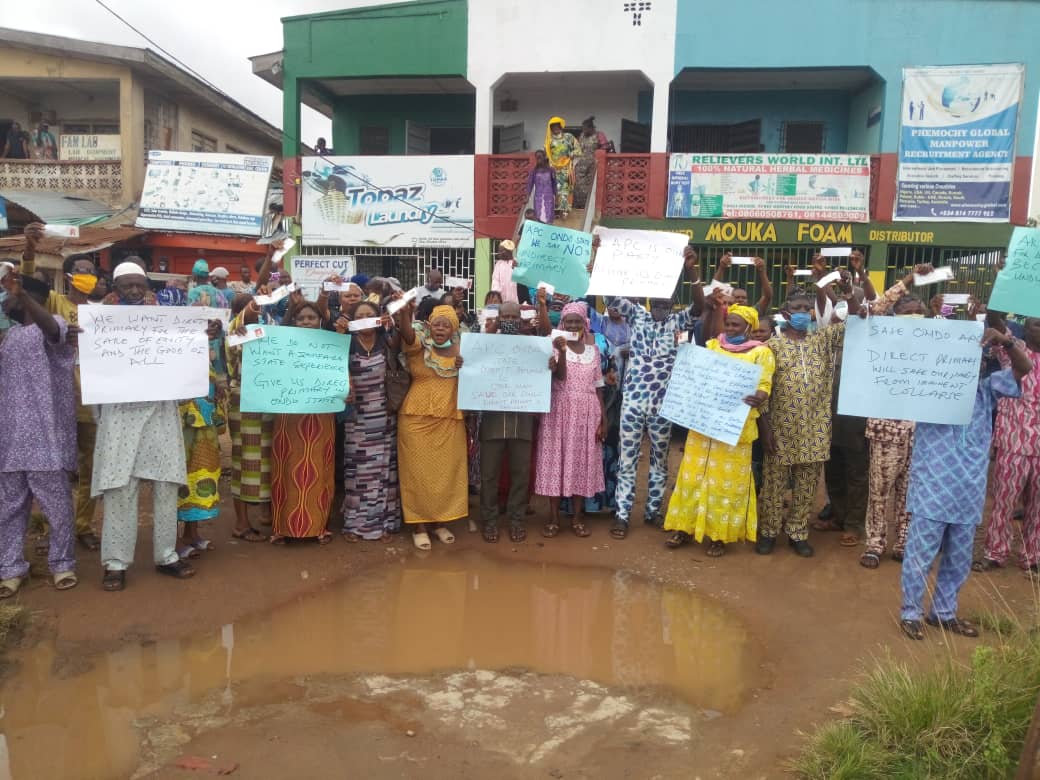 Supporters of eleven Governorship aspirants in Ondo state have staged a peaceful protest against the adoption of Indirect primaries by the party leadership.

The protesters  called on the leaders of the party to adopt direct  primary election to select the party’s candidate.