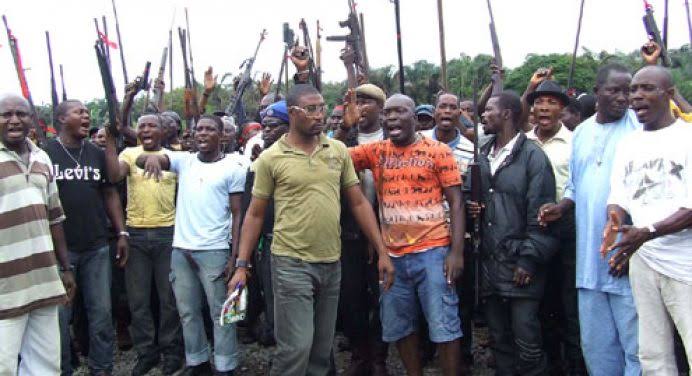 Ex-militants in Ondo State have issued a seven-day ultimatum to the state government to settle their entitlements.

The Repentant militants under the auspices  of ‘Action Crocodile Group’, led by Gen. Bowei Felix (aka Kakadukuduku 1 of the Niger Delta), issued the ultinnatum at a press conference in Ore, Odigbo Local Government.

They urged the federal and state governments to involve concerned groups in the amnesty programme.

They said It is unfortunate that the current administration promised to cater for them after submitting their arms and ammunition.

They lamented that government deviated from the original plan by paying some of them leaving the majority to their plight.

They said,”Imagine, rice, money and vehicles were distributed to some of the militant groups, while many were neglected during the last Christmas and Easter.”

The ex-militants urged the government to bring the militant groups together and settle their entitlements, for peace to reign.

They appealed to Governor Akeredolu to fix a date dialogue with them and release N20million for their welfare and that of their families.