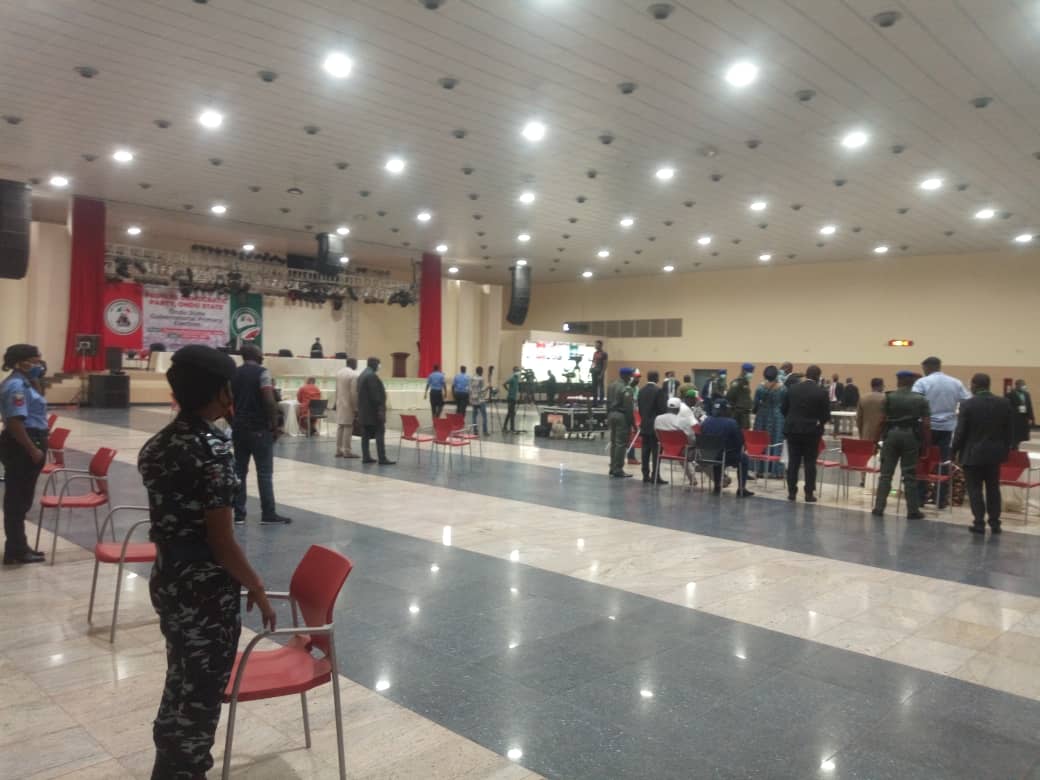 Sorting of ballot papers is yet to commence more than one hour after voting ended at the ongoing governorship primary of the People’s Democratic Party (PDP) in Ondo State.

Introduction of fresh 17 names after delegates have voted is causing fresh crisis.
Many of the aspirants insisted the names were strange to them.

The Governor Ifeanyi Ugwuanyi- led Committee went to a closed door meeting for over 30 minutes and came out without declaring what to do with the list.

The list contained names of former local government chairmen of the party who defected and later returned.

Some aspirants insisted the people have not properly rejoined the PDP.