Why Mimiko is supporting Agboola Ajayi against Akeredolu, Jegede 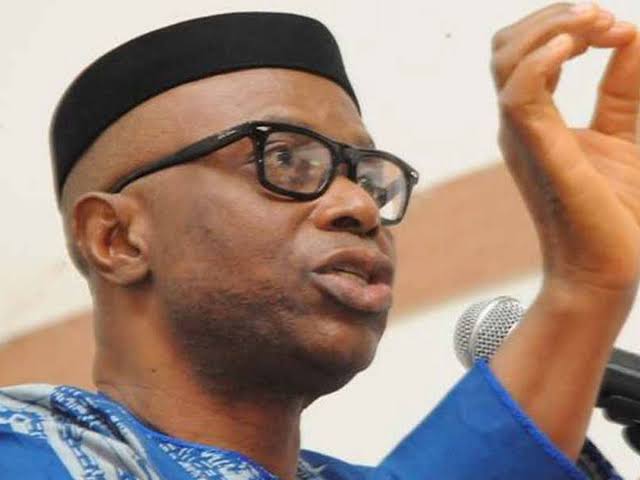 Former Governor of Ondo State, Dr Olusegun Mimiko has defended his decision to support the aspiration of the ZLP governorship candidate and Deputy Governor of the State, Agboola Ajayi.

Mimiko, who is the National Leader of the Zenith Labour Party, said that Ajayi is only person among the leading candidates that can restore collapsed government’s programmes in the state.

He explained that if elected, Agboola has a capacity to return free healthcare, free education and urban development and support civil servants with housing and car loans.

He spoke on Saturday in Ore, the headquarters of Odigbo Local Government area of the state, during the party’s launch of campaign for its candidate in the forthcoming October 10 governorship election.

Governor Rotimi Akeredolu and Eyitayo Jegede are the candidates of the All Progressives Congress and the Peoples Democratic Party respectively in the forthcoming governorship election in the state.

The former governor described Agboola as the best candidate to deliver good governance to the people of the state.

The ex-governor also urged the electorate to collect the “stolen money” that some party had promised them and still vote for ZLP that would bring back good governance.