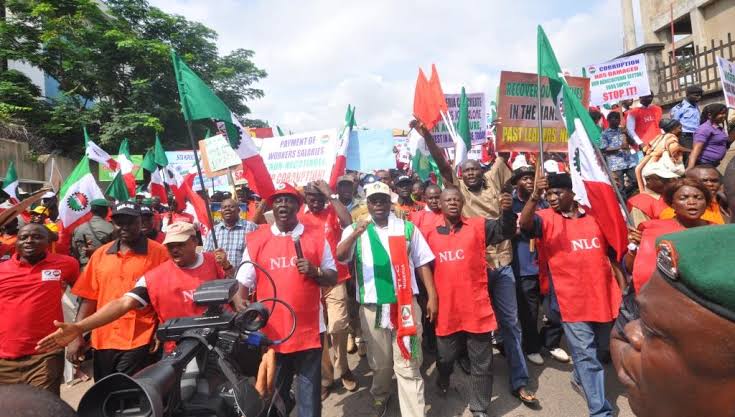 The meeting between the federal government and organised labour has ended in a deadlock.

The government is in talks with the labour movement to avert planned nationwide protests against increase in fuel and electricity prices.

Thursday’s meeting  lasted for more than five hours at the Banquet hall of the Presidential villa.

At the end of the meeting, Labour and Employment Minister,  Chris Ngige,  told newsmen some undisclosed issues have been agreed at while the labour team led by NLC President and his TUC counterpart kept mum.

Ayuba Wabba and Quadri Olaleye declined to answer reorters’ enquiry on the outcome of the meeting and the  planned Monday protest.

The NLC President’s only comment was that “the meeting continues on Monday “.