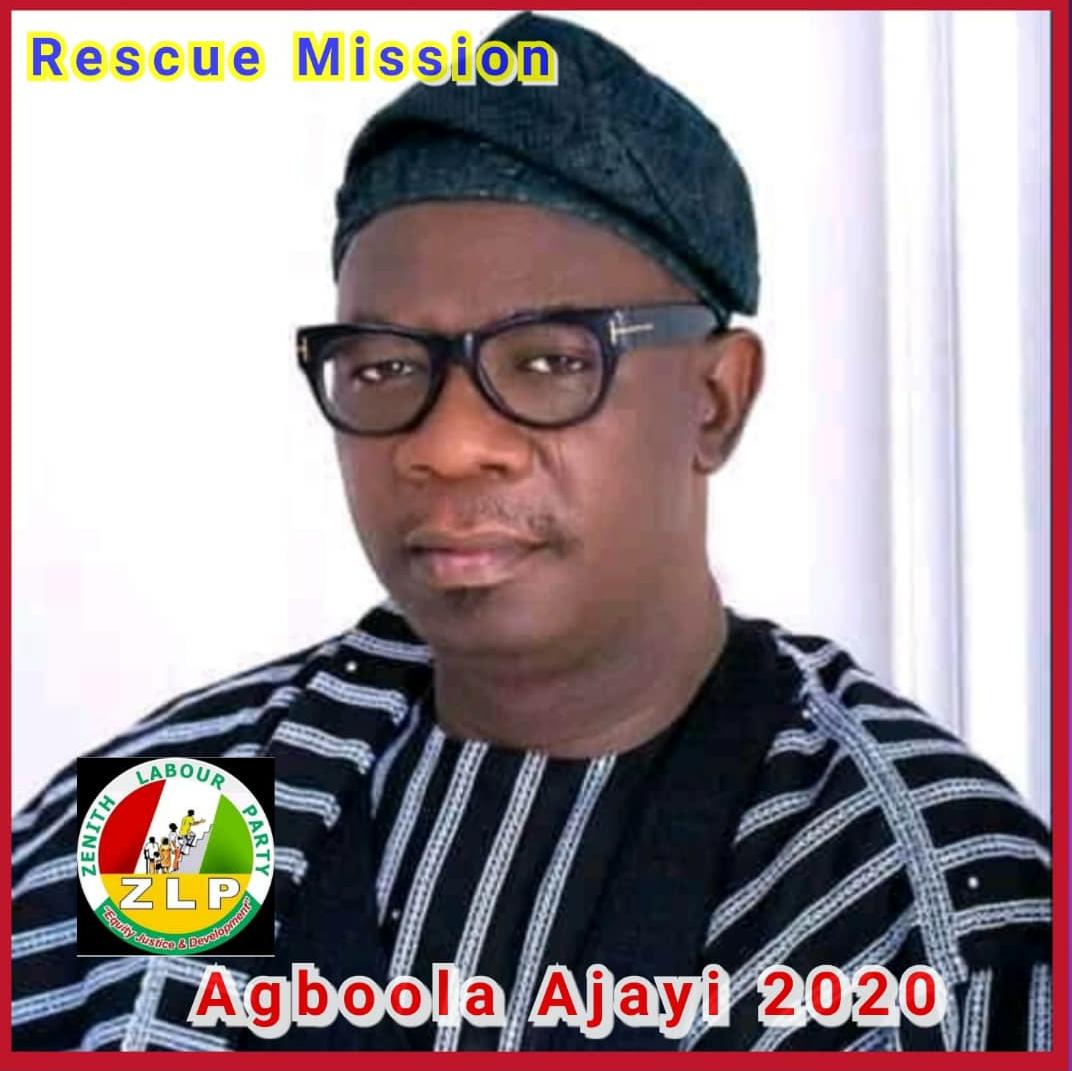 The Deputy Governor of Ondo State and the candidate of Zenith Labour Party (ZLP), Hon Agboola Ajayi has promised prompt payment of pension and gratuity if elected as the governor of the state.

Ajayi who was speaking at Ikare-Akoko in Akoko Northeast Local Government when some senior citizens and pensioners accosted him during his campaign tour said he would not be part of the system where the elderly would be neglected.

The Deputy Governor who lamented the pitiable situation of those who have served the state in their youth and neglected said there will also old people’s home in each of the local government if given the opportunity to rule the State.

These homes, he said would take care of the aged in the state and make sure their old age is enjoyable.

His words “We won’t abandon our elders like the previous administration. We will take care of you. We will make sure you don’t suffer in your old age.”

Ajayi also condemned the delay in payment of workers’ salaries and deductions in the state.

He noted that from Permanent secretaries to the least workers in the state workforce should not be subjected to any form of torture before receiving their salaries and deductions.

The Deputy Governor noted that each time he acted as the governor of the state when Governor Oluwarotimi Akeredolu was not around, he always paid workers salaries promptly.

He lamented that workers who joined various cooperative societies in different ministries, departments and agencies were could not access loans from the societies because their deductions were not remitted to the accounts of the societies by the state government.

The deputy governor recalled a time when workers were owed over N3.6billion unremitted deductions, adding that such development undermined the purpose of workers’ engagement in cooperative societies.

He charged workers in the state to set themselves free through the ballot.