Ndoma-Egba’s wife, six others die in road accident in Ondo 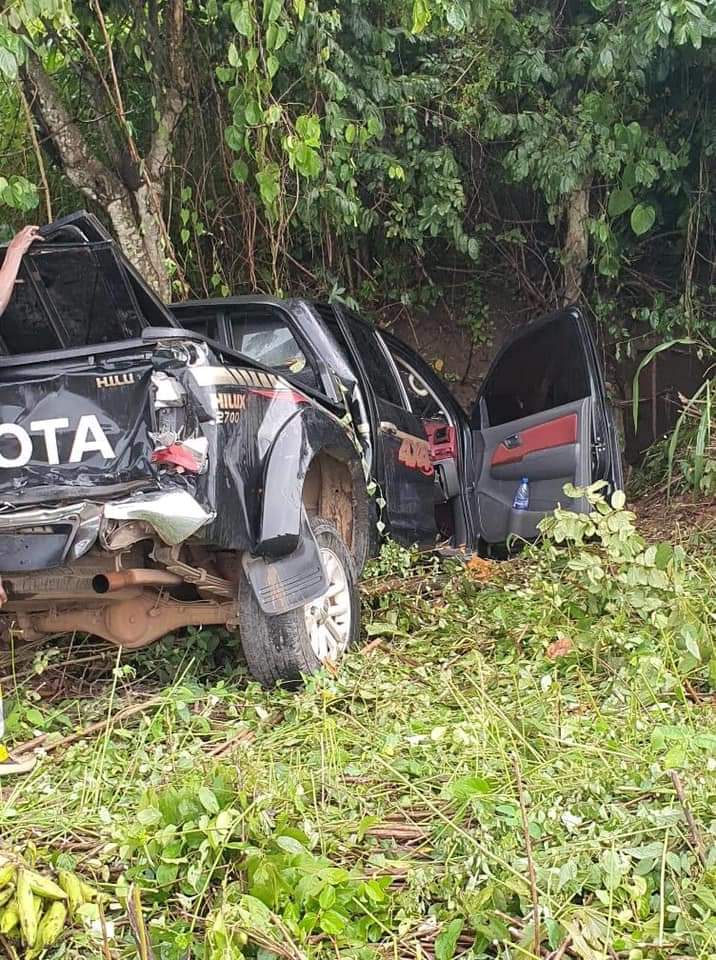 No fewer than seven persons died  in a fatal accident that occured along Ore-Okitipupa expressway in Ore,  Odigbo Local Government Area of Ondo State on Thursday evening.
Many also suffered series of injuries.

One of the victims of the road crash was the wife of a former Senate Leader,  Senator Victor Ndoma-Egba, Amaka.

She along others were going to Igbokoda for a social function,  which would come up on Saturday.

A source said the accident involved a truck, two cars and a coaster bus belonging to the Sports Department of the Adekunle Ajasin University,  Akungba Akoko.

The accident it was gathered  happened few metres away from the military checkpoint at Irele Junction in Ore.

The source said, ” The truck lost control and swerved off its lane to crush the cars and the AAUA coaster bus,  killing four persons in the bus and three occupants of the two cars.”

The FRSC boss explained that the injured and the remains of the deceased were taken to the hospital.

Head of Media and Protocols of the AAUA,  Mr Victor Akinpelumi also confirmed the accident that involved the coaster bus of the institution.