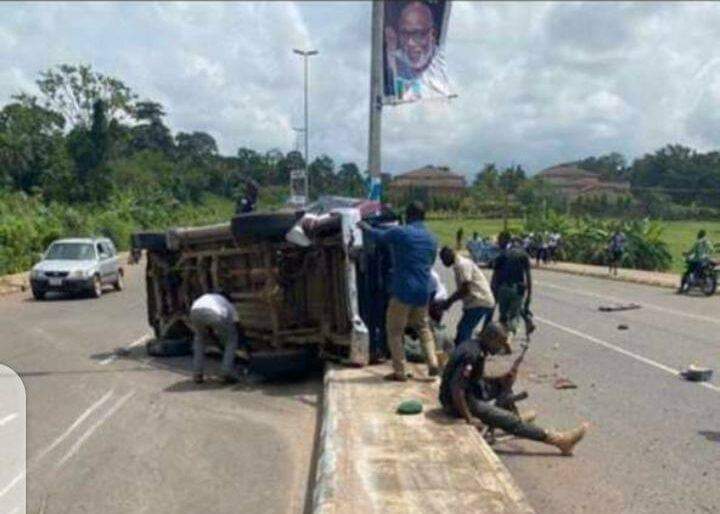 Updated : Five killed in road accident in Ondo
Five persons have met their untimely death  on Thursday evening, in a road crash  that occurred on Oba-Ile-Airport road in Akure North Local Government Area of Ondo State.
The accident which involved a motorcycle, an articulated truck and a Toyota car while on top speed, killing five people on the spot and several others were injured.
It was gathered that  the motorcyclist had a head-on collision with the Toyota car, while the truck in an effort to avoid crushing the car, lost control and rammed into a building.
Many  persons who were inside the building were caught unaware and were injured in the accident.
The injured victims have been  rushed to the hospital for medical attention while the remains of the dead victims had been deposited at the morgue.
Spokesman for the Ondo Command of the Federal Road Safety Corps, Abiola Fadumo, confirmed the accident but said he was yet to know the actual casualties and cause of the accident.