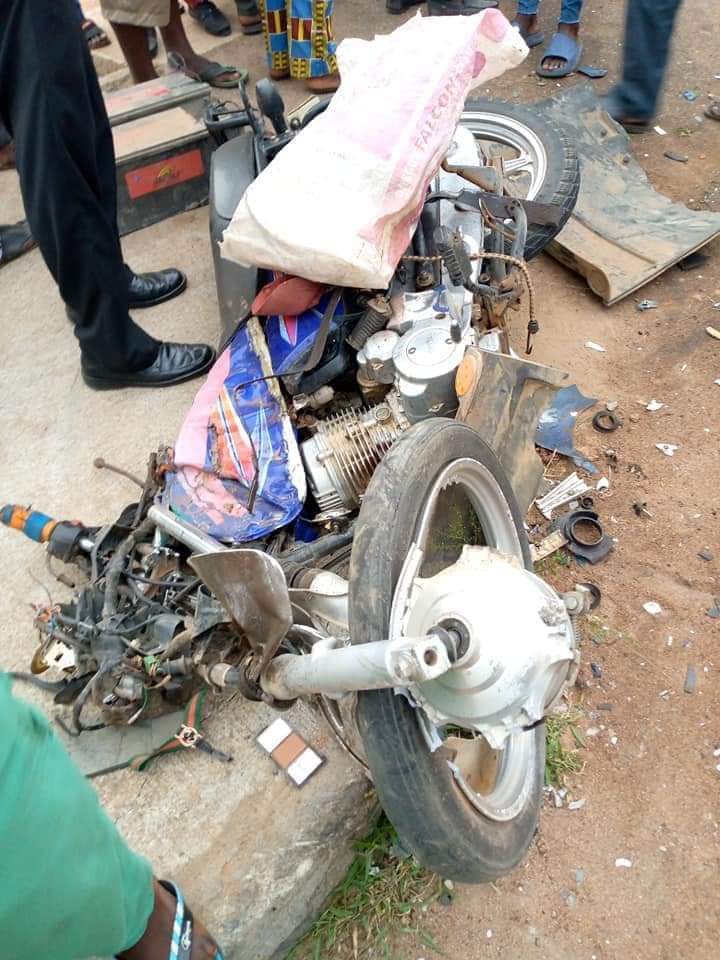 One person has been confirmed dead when a Lexus Car rammed into many shops in Ondo town, Ondo west local government area of Ondo state.
Many persons also sustained varying degrees of injuries.
The injured victims have  been rushed to UNIMED teaching hospital for treatment.
The accident occured  opposite Loverboy, Mimiko street in Ondo.
Eye witnesses said a motorcyclist who wanted to buy Beans cake popularly known as Akara, died instantly after being hit by the Car.
The Lexus Car is with plate number 533 TSX registered in the US state of Tennessee.
Eye witnesses who spoke with our correspondent in Ondo alleged that the Car belong to a suspected Yahoo Boy.
The eye witnesses said the Car owner and a lady beside him took to their heels, after the incident happened.