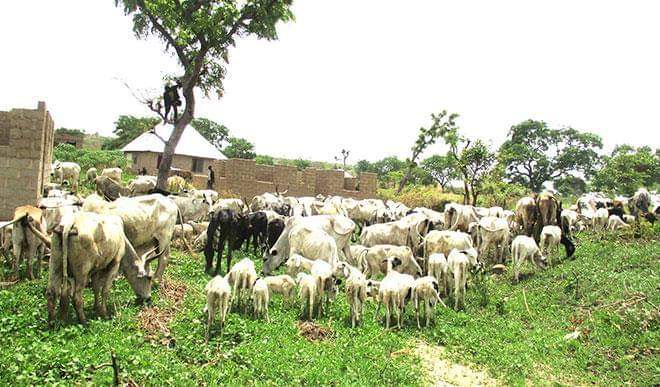 Ondo Government says it will no longer give room for negotiation with farmers for compensation when herders destroy their crops through illegal grazing.
It added that it would henceforth auction any cow seized for destroying farms in any parts of the state.
Ondo State Commander of the State Security Network known as the Amotekun Corps, Chief Adetunji Adeleye, stated these while signing agreement for release of 250 cows.
According to him, owners of seized cows would be prosecuted and the cows sold off.
He said the 250 cows were seized after farmers at Ipogun, Ilara, Owena Dam axis in Ifedore Local Government cried about their destroyed crops.
Adeyeye stated the cows destroyed over 300 hectares of farmland with crops such as cassava, maize, Cocoyam and yam.
He said it was painful the herders harvested the cassava, cocoyam and yam tubers to feed their cows as well as ate some themselves.
According to him: “I was amazed when I saw the level of destruction and stealing that they did in this current case.
“When we got to the farm, the herders started by attacking us. Later they ran away but we succeeded in arresting two of them. They are in our custody. We also arrested over 250 cows, which we brought to our premises here”
Ondo State chairman of the Myetti Allah Cattle Breeders Association (MACBAN) Alhaji Garba Bello, signed for the herders while Mr Odeyemi Joseph and three others signed for the farmers.
Odeyemi said the agreement was for the herdsmen to remove their cows and never to return to the area.