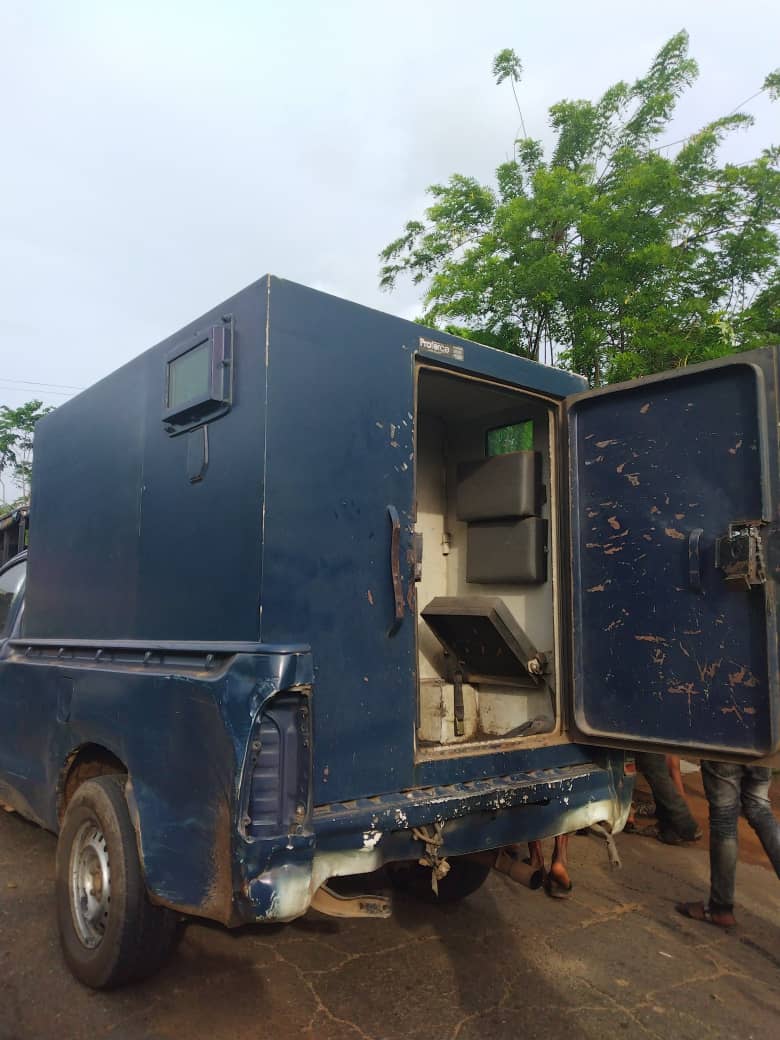 Gunmen suspected to be armed robbers have attacked a bullion van along Ondo/Akure road.
The incident happened  in Bolorunduro area of Ondo East Local government  Area.
The attack,  it was gathered lasted for several minutes until the robbers accomplished their mission and fled from the scene.
Eyewitnesses said the robbers succeeded in carting away all the money in the bullion van.
Confirming the incident to Thenewstrack.com, the spokesperson of the Ondo state police command,Tee-Leo Ikoro said the bullion van was conveying money from Ondo to Akure.
He said the robbers successed in over powering the security personnel escorting the Van.
Ikoro said the robbers escaped with a Lexus SUV adding that  no life was lost in the incident.
He assured that the police is already on the trail of the Robbers.