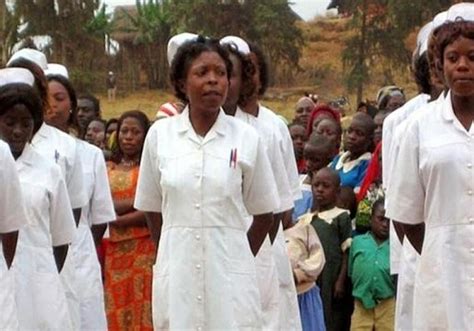 Nurses in Ondo State under the aegis of the National Association of Nigerian Nurses and Midwives (NANNM), have rejected the payment of 60% February 2021 salary to its members by the Ondo state government.
The nurses had kicked against
such arrangement at a labour meeting with the government.
The union in a statement signed by the State Chairman of the association, Comrade Olomiye kehinde and the State Secretary, Comrade Aina Emmanuel Oluwasegun,  rejected 60% salary payment to nurses.
The statement reads, *In a situation where the available fund can not pay 100% salary, the money should be kept till when 100% salary can be paid to our members (nurses).
“The act of paying 60% salary to our members is unacceptable..
“The leadership of NANNM urges the state government not to pay nurses in percentage henceforth.
“Only 100% salary is acceptable as far as association is concerned,” the statemen