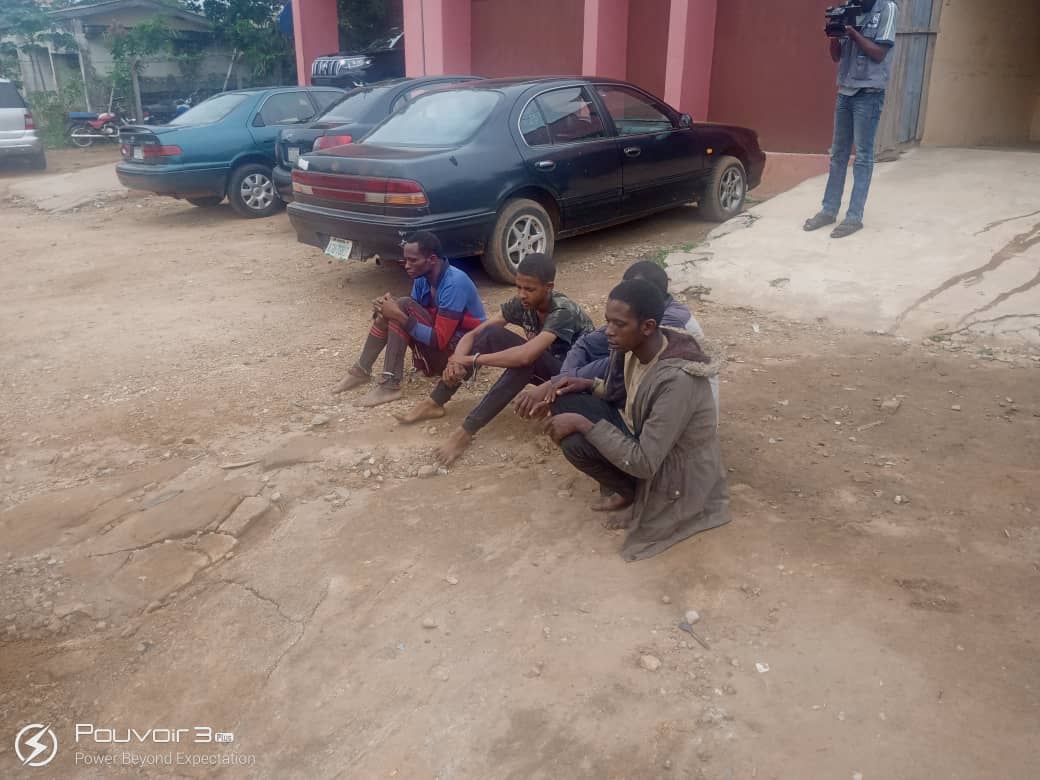 Operatives of Ondo state of the Amotekun, corps in Ondo state have apprehended four suspected kidnappers in Akure, the state capital.

The suspects were said to have kidnapped the victims along  Pelepe area of Oda road last Friday.

Addressing Journalists, Amotekun commander, Adetunji Adeleye said the suspects took advantage of the rainfall on the said day to perpetrate the act.

Some of the victims were raped by the suspects

Adeleye added  that the victims were rescued  and investigations  are still being carried out.