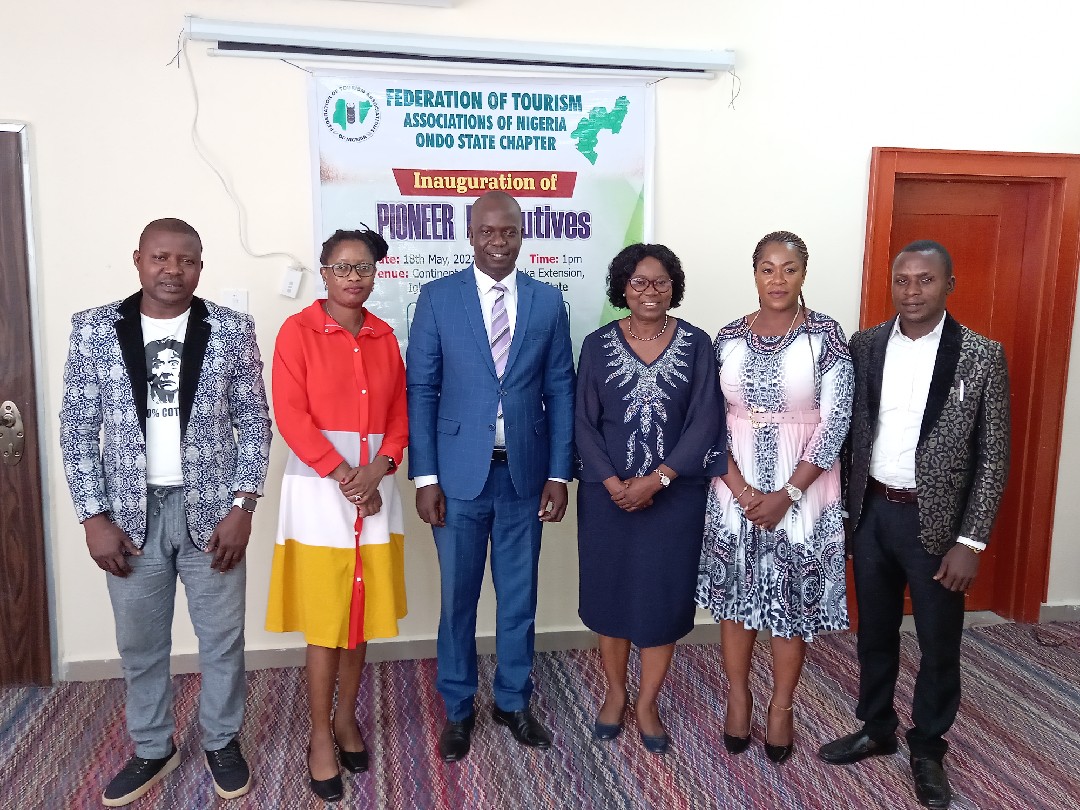 The pioneer Executive members the Federation of Tourism Association of Nigeria, FTAN, Ondo state branch have been inaugurated.

“It will also add value to the Gross Domestic Products,GDP, of Nigeria. It will not dry as oil is drying in Nigeria today and the situation around the world is changing from oil. Oil will dry but our culture will not dry. So the awareness is improving and that’s why it is starting in Ondo state.

“The pioneer coordinator will run the affairs of the Federation in Ondo state chapter and there is a need for the state ministry of Culture And Tourism to work with us like other states have been doing so that the ministry will have a smooth organisation and running of various activities that involve stakeholders in the ministry.

“We want to help the government to move on. FTAN is not a political association but an institution. We know that Nigerians don’t appreciate tourism. They have relegated it to the background and that is why it is only international bodies that have been administering Tourism in Nigeria.

“But within the last two years ,we have been trying to ensure that we have state chapters that can always be there to take care of the immediate needs of the association.

“Apart from that, whatever policies coming from the government, we will interface with those concerned.

On his part, the Pioneer FTAN coordinator, Mr Olugbenga Omotayo gave the assurance that the Federation would make Ondo state a destination for everyone in the world.

He said the vision of FTAN is to grow domestic tourist market and to position Nigeria as a leading business tourist destination in West Africa.

He added, “We will make Ondo state a destination. A place that people want to come because they know it is a destination they can come for their vacations and unwinding businesses.

There are lots in the state such as idanre Hill and other tourists centers, so much culture and arts and entertainment.
We will do everything possible to develop and market tourism in Ondo State.

Mission and vision of FTAN will be our guide in achieving all these and boosting the economy of the state.When we have much traffic in the state, that will have a lot of impact on our Gross Domestic Products.

In a remark, the Permanent Secretary, Ministry of culture and Tourism, Mrs Boladale Akinyanmi represented by a Director, Mr Adeola Aderinola expressed the readiness of the state government to partner with FTAN in boosting the economy of Ondo state. 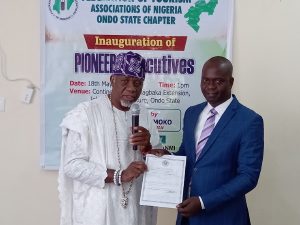 According to Akinyanmi, governor Oluwarotimi Akeredolu is more than ready to reposition and re-energise the tourism in Ondo state