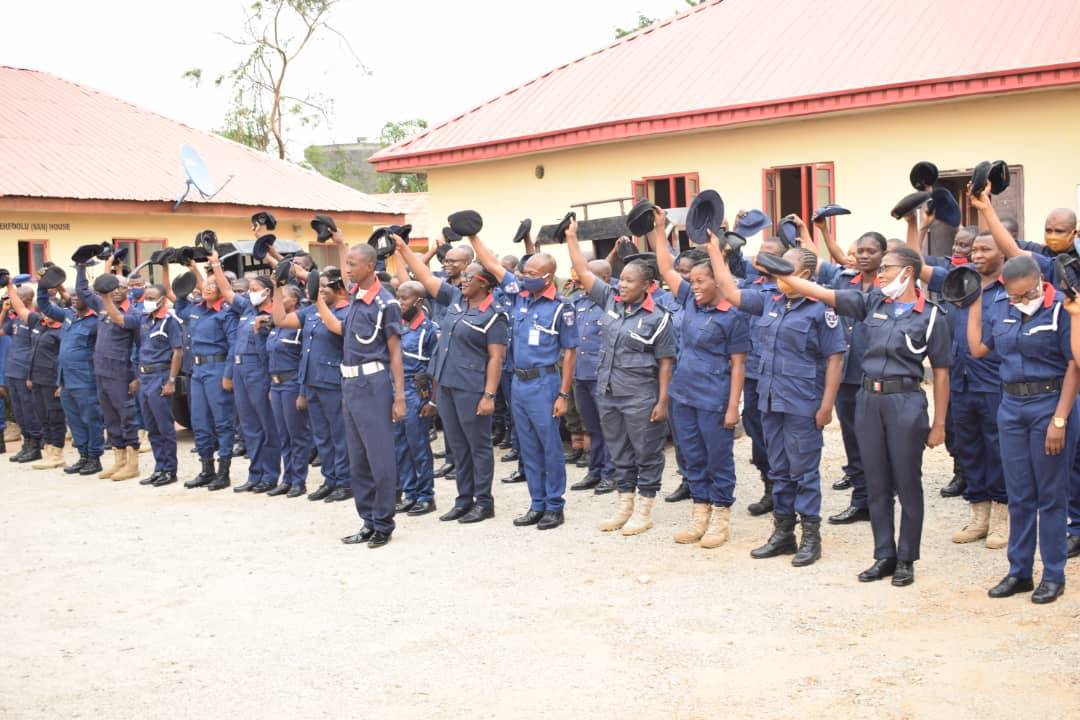 The Ondo state command  of the Nigeria Security and Civil Defence Corps has deployed men and officers  massively to provide adequate Security before, during and after the Democracy day.
According to a  statement signed and issued by  the command’s spokesman,  Olufemi Omole, this is to prevent a repeat of violence that greeted the Endsars protest.
He said the state commandant of the NSCDC, Eweka Edenabu Douglas said the Command will not tolerate any act of Violence, break down of law and order, distruption of public peace and Vandalism of Critical National Assets and Infrastructure in the State.
The commandant, he added has
directed  all Divisional Officers to Safeguard all Critical National Assets and Infrastructure in their terrain.
The statement reads, “the Command Quick Response Squad is readily available while Officers drawn from the Counter Terrorist Unit (CTU), Intelligence and Investigation Department, Agro Rangers Squad, Anti-Human Trafficking, Irregular Migration and Gender Unit amongst others have been given specific directives on forestalling any act that is inimical to the cooperate existence and peace of the good people of Ondo State.
“While charging the Personnel to be very Professional, Parents and Guardians are advised  to restrict their children from being used as Instruments of distruption of peace.
“Any one arrested in the course of Violent protests or caught Vandilizing Public or Private Facilities would face the full wrath of the law”