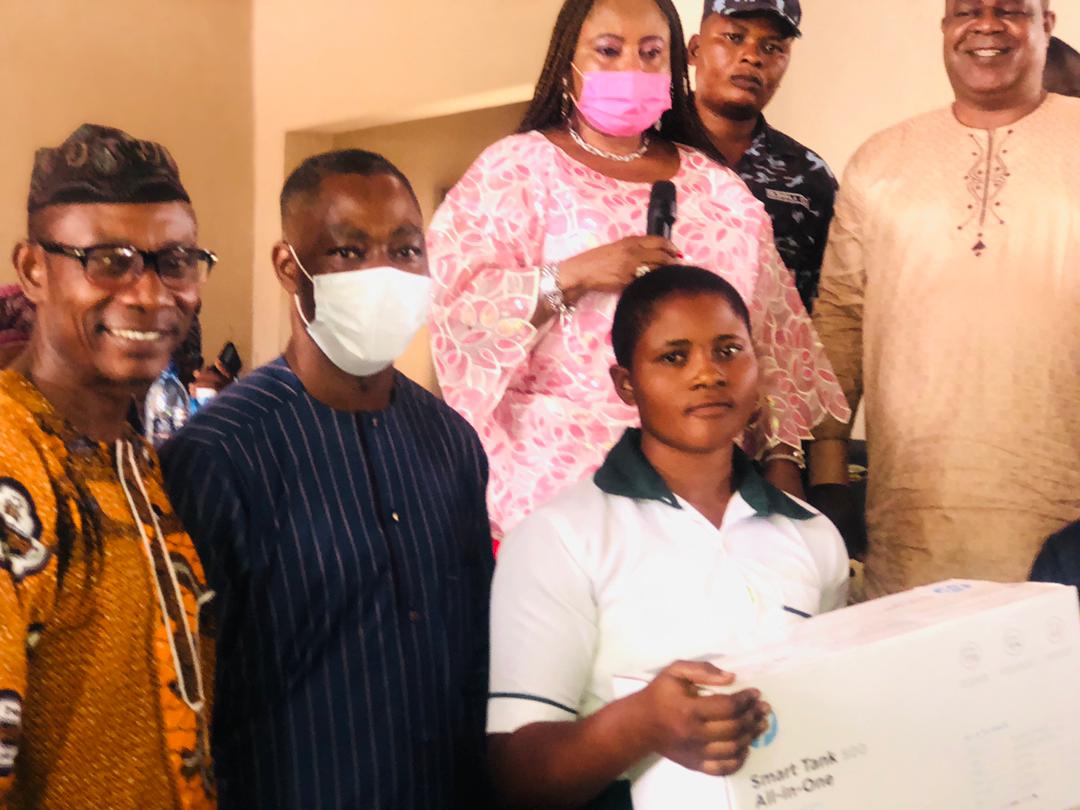 The lawmaker representing Akoko southeast /southwest federal constituency in Ondo state, Hon. Ade Adeogun has provided three years tuition free scholarship for 200 akoko students to study at Upland College of Education, Ipesi Akoko.
Adeogun, at the presentation ceremony held at Oka Town hall on Friday, said the three years scholarship would lead to the award of National Certificate in Education, NCE, at the institution.
The lawmaker also gave Scholarship to another set of 200 students of the federal constituency in tertiary institutions.
He distributed notebooks and text books to all schools in the federal constituency.
Adeogun said the gesture is one of his numerous human capital development initiatives for his constituents.
The lawmaker also Distributed computer sets to selected schools in the constituency.
Ondo state governor, Rotimi Akeredolu, who was a guest at the events, inaugurated Awolowo Road in Oba Akoko and Agba bridge in Oka Akoko, built and Facilitated by the Adeogun.
The governor, who was represented by the secretary to the state government, Princess Oladunni Odu, described Ade Adeogun as a special brand, with his various initiatives and projects he facilitated for his constituents.
Akeredolu thanked Adeogun for delivering the dividends of Democracy to his people & adding value to the Party.
The Olubaka of Oka Akoko, Oba Adeyori Adeleye, who was at the event said Adeogun is a representative like no other in the constituency.
Beneficiaries and community leaders thanked Adeogun for having them at heart.
They promised to give their 100% support to the lawmaker at all time.