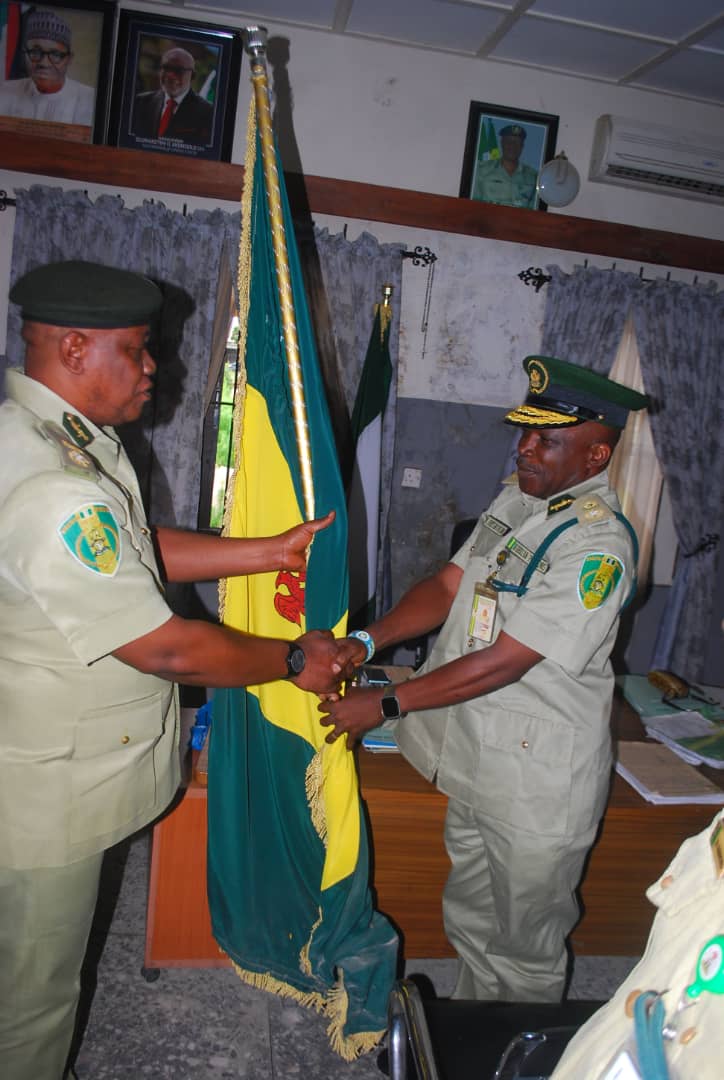 It is yet another season of baton change as the Nigerian Correctional Service Ondo State Command welcomes newly posted  Controller of Corrections Mr. Ope Fatinikun.
The seasoned Officer who was posted to the Command in the recently released posting took over mantle of leadership from  Barr. Suanu. D. Kinane who was posted to Zone E as Zonal Coordinator (Covering Duty).
The outgoing Controller of Corrections charged all officers and men of the Command to give the incoming Controller all the cooperation he enjoyed as Controller and asked for forgiveness in any area he might have hurt anyone in the discharge of his duty.
He added that if such an area is as regards discipline, then he remains unapologetic as it’s for the good of the service.
While appreciating the outgoing Controller, CC Ope Fatinikun the newly posted Controller employed all staff to be diligent to duty and maintain discipline as aptly stated by the outgoing Controller as the Service should be the number one priority of all.
He appreciated officers and men for maintaining high level of standard, neatness, and decent surroundings that the Command  is known for and calls for more effort.
The outgoing Controller took the incoming round the headquarters on a familiarization tour, and the handover and takeover note signed in the office of the Controller accordingly.
SIGNED
SC. Ogundare Babatunde G. Esq.
Public Relations Officer, Ondo State
Command
Scoa45@yahoo.com
08033863154.