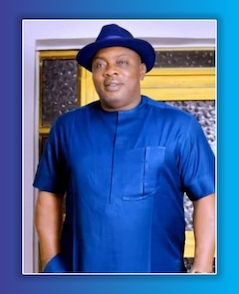 Ogba, a first term member of the House died on Sunday evening.
A former Supervisory Councilor in Isoko South Local Government Area, he was elected into the House of Assembly in 2019.

He was said to have had a serious argument with a party member at the meeting.

His death occurred barely five months after the death of the Majority Leader of the House, Hon Tim Owhefere, who was the representative of Isoko North Constituency in the State House of Assembly.

In a statement by his Chief Press Secretary, Mr Olisa Ifeajika, in Asaba, Okowa described the deceased as a committed, hardworking, patriotic and selfless lawmaker who served the state and his constituents diligently.

“We mourn our fallen lawmaker who gave his best in service to God and humanity.

“He was a committed and hardworking member, who championed the course of his people. Indeed, the late Kenneth Ogba died when his services to the state and nation were most needed”