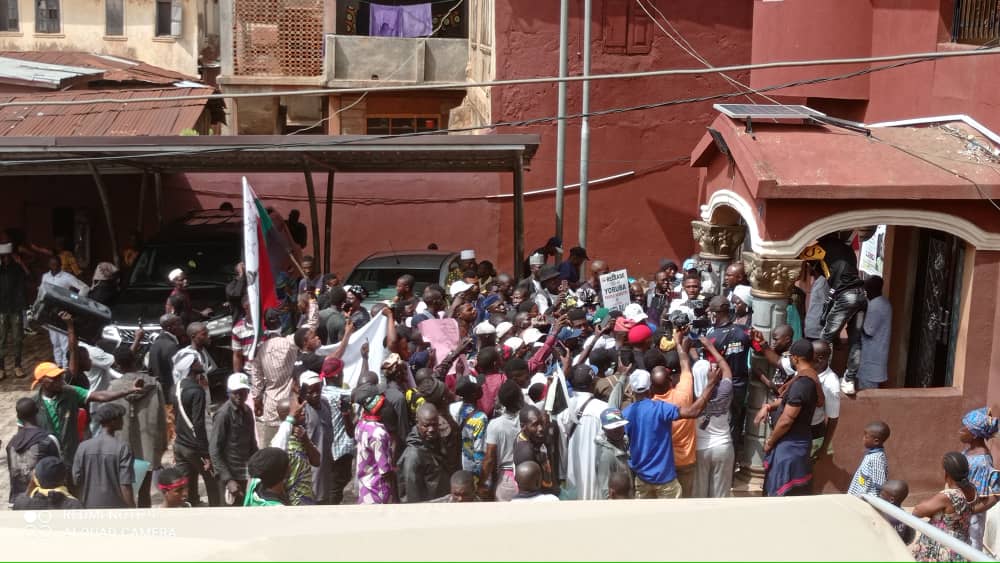 Hundreds of protesters have stormed the palace of the Olubadan of Ibadan to protest the released of their detained members by the Department of State Security.
The protesters who came in their numbers were harmed with banners and placards of various inscriptions and chanting solidarity songs.
They also demanded that  the Yoruba Nation agitator, Sunday Igboho should be allowed to work freely. 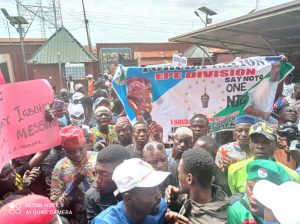 The agitators are on their way to the State’s Secretariat as at the time of filing this report.