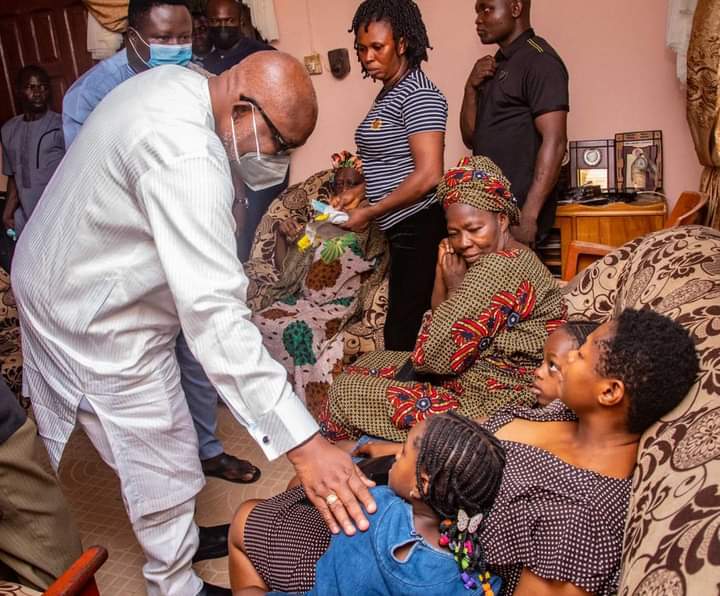 Ondo State Governor,  Rotimi Akeredolu, SAN, has paid a condolence visit to the family of the late ace broadcaster, Bunmi Afuye.
Governor Akeredolu  was accompanied by the House of Assembly member representing Akure Constituency 1, Hon.Toluwani Borokini, the Corp Commander of Ondo Security Network Agency ( Amotekun) Chief Adetunji Adeleye and the Senior Special Assistant on Security, Alhaji Jimoh Dojumo.
He described Afuye’s death as a great loss.
He said:”I know Bunmi very well. He has handled alot of our programmes with a high degree of excitement, candour and  professionalism.”
The Governor urged the mother of the deceased, Chief Olutayo Afuye and his wife, Mrs Oluwakemi Afuye to take heart and bear the painful exit of Bunmi with the deepest understanding that it was an incident allowed by God for a purpose best known to Him.
“I must say it is not easy but there is nothing anyone can do. You must grief less to face the reality of the death of Bunmi so as to care for the children he left behind. But I will say, we will do what we can to stand by you in any way possible”, Governor Akeredolu said.
The eldest brother of the deceased, Mr Olusola  Afuye thanked the Governor for his visit which he said was soul consoling and comforting to the entire family.
He said that the governor came personally was an attestation to the fact that Bunmi lived a fulfiled life.
In the meantime, the Nigeria Union of Journalists, NUJ Ondo state council and friends of the late Journalist and broadcaster par excellence, Olubunmi Afuye will on Sunday hold a candlelight procession for him in Akure.
The procession will begin by 5:30pm tomorrow (Sunday) from Adegbemile cultural center down to the NUJ Press center.
Upon the climax of the procession, there will be a short tribute session and prayers for the soul of the deceased and the bereaved.
Meanwhile, the burial ceremony holds on monday at St Thomas Anglican Church, Isikan Akure by 2pm while interment follows immediately.
The Service will be streamed live on the church’s social media platforms.
43 year old late Afuye who cut his Journalism teeth at Adaba 88.9fm also worked with Orange 94.5fm, Ondo State Radiovision Corporation, OSRC as Anchor, Producer, Reporter, News Caster and Marketing Executive.
He was also a sought after compere at major government and private events around the country where he dazzled his audience with impeccable grammar, profound oratory skills and event coordination skills.
A Civil Engineering graduate from the Federal University of Technology Akure, FUTA, and holder of post-graduate diploma in Public Relations and Advertising from the International Institute of Journalism, IIJ, Afuye was also one of the finest sportscasters in his generation and the incumbent Financial Secretary of Sports Writer Association of Nigeria, SWAN, Ondo state chapter. 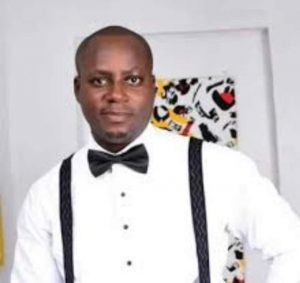 Until his demise on July 15 2021, Afuye was a Senior Public Relations Officer at Elizade University Ilara Mokin in Ondo State. He is survived by his loving wife, Kemi, two beautiful daughters, an aged mother, siblings and in-laws.