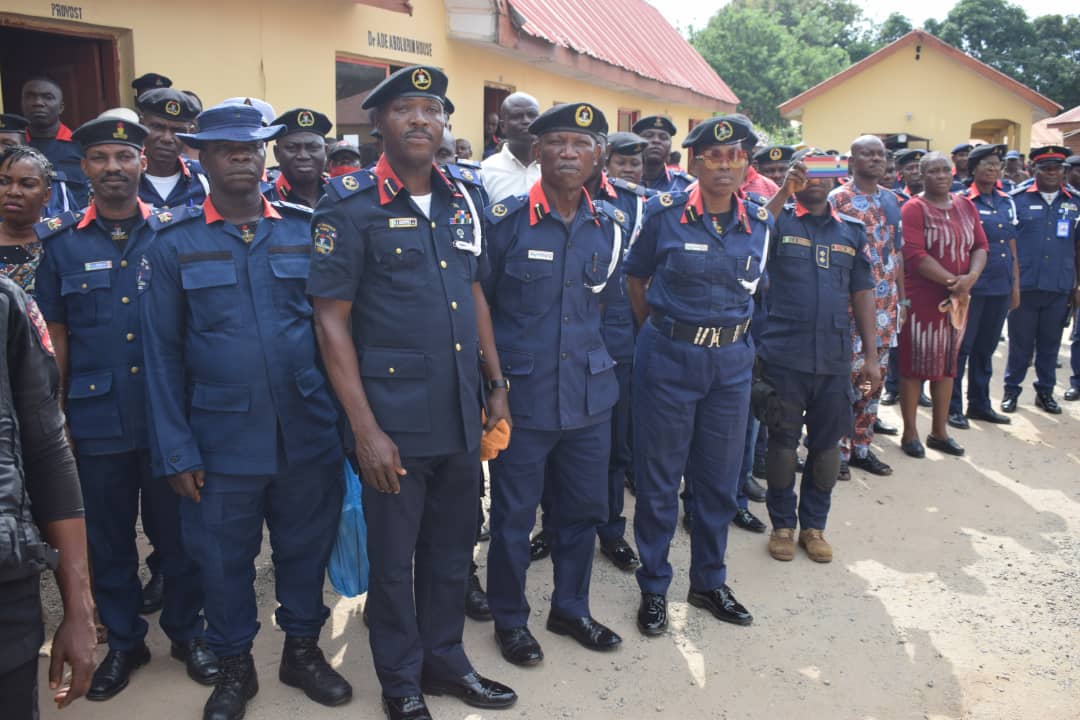 The Ondo State Command of the Nigeria Security and Civil Defence Corps has deployed 1,857 Personnel to provide adequate security before, during and after the Eid Kabir Celebration.
The State commandant of NSCDC,  Hammed Abodunrin disclosed this in a statement issued by the Command’s Public Relations Officer, Olufemi Omole.
Abodunrin urged officers and men deployed to annex all resources both human and materials to beef-up security
before, during and after the festive period.
He noted that beefing up security cannot be undermined, due to security challenges facing the country.

He urged members of the public  to collaborate with all security agencies by providing credible information that would assist in arresting criminals in the state.

The statement reads, “
the officers and men deployed were drawn from the
antivandal squad, counter terrorist unit, intelligence and investigation Department among others.” 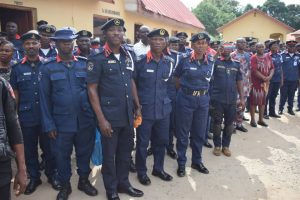 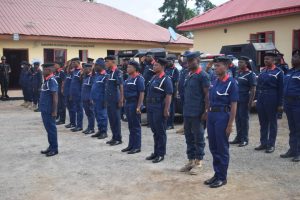 The commandant added that the Command would continue to pursue the corps mandate by safeguarding all critical national assets and nfrastructure, disaster banagement by conducting search and rescuing victims in the face of emergency.
The command helmsman pointed out  that  officers and men have been deployed  to Eid Prayer centers, mosques, recreational centers, motor parks, churches and other public places
While wishing the Muslim faithful a blissful and happy celebration,  Abodunrin said the command could be reached on the following numbers for swift action by the Quick Response Team
07038762845, 08066345088 and 08067919140.