Why We Must Review Our Constitution- Akeredolu 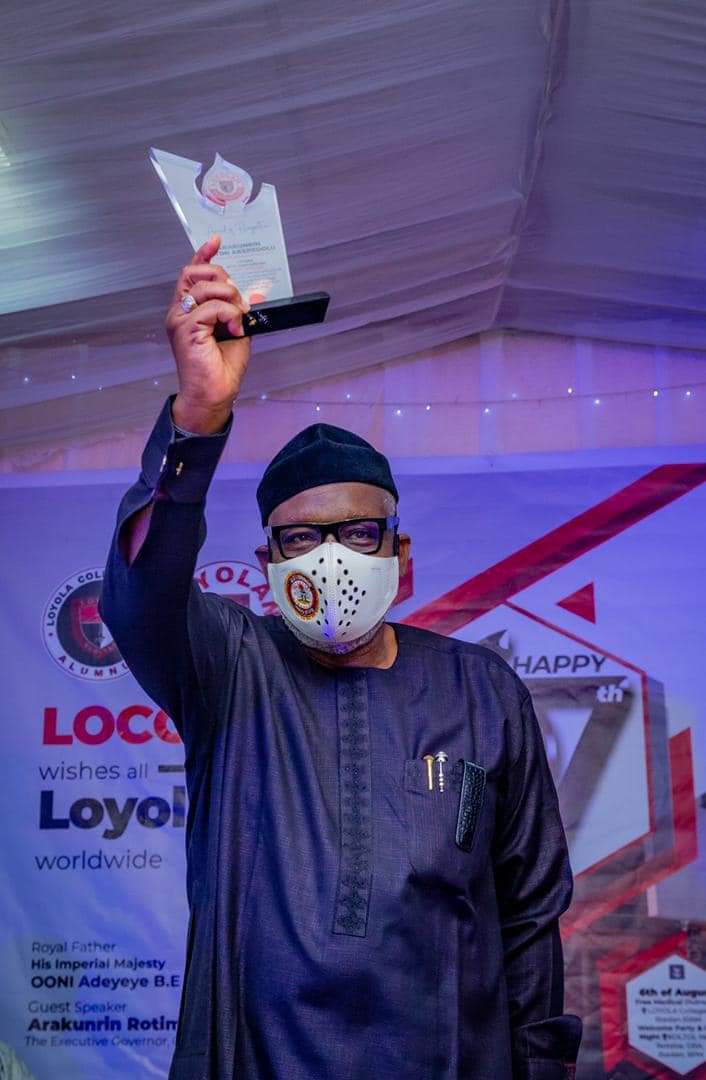 Ondo State Governor, Oluwarotimi Akeredolu, SAN, has called for a redesigned Nigeria Constitution that will reflect the yearnings and aspirations of the people and take care of the interests of the various ethnic groups in the country.

Governor Akeredolu observed that the current agitations in the country are a pointer to the necessity and exigency of fundamental adjustments in the Constitution of the country.

Arakunrin Akeredolu, an alumnus of Loyola College, was the Guest Speaker at the event. He delivered a lecture titled “ Redesigning The Nigerian Constitution For National Development And Inclusiveness.”

He called on the constitution review committee of the National assembly to ensure that all submissions on the proposed constitutional amendments are scrutinised and analysed with a view to coming up with useful suggestions.

Governor Akeredolu said: “Democracy operates, presumably, on the principles of freedom to choose representative leadership, reflective of political alignments as dictated by current exigencies, a group’s exercise of considerable control on socio-economic activities and preservation of its identity as a component unit within a broader political entity.

“It is permissive, on a liberal scale, of the rights of individual citizens. It also imposes duties and places checks on propensities towards licentiousness.

“A democratic system can only be effective to the extent to which the legal processes driving it are structured.

“The Constitution of a country is the basic law. The aspirations, anxieties and expectations of a political entity must be well captured in the document.

“All other laws must flow from this legal fount. It is not important for a constitution to be voluminous. It should be concise and written in a simple but elegant prose. It should leave no section of the country, for which it is designed, in doubt as regards inclusivity. All component units must participate as equal partners.”

Arakunrin Akeredolu stressed that it is an indictment on the members of elite class to have allowed the current situation to endure, saying it mirrors the depth of understanding of politics and political processes of the ruling class.

“We operate a Constitution daubed federal with all trappings of pretension. Ours is about the only federalism which allows the central authority to control virtually all aspects of existence which give identities to the federating units.

“And now that we are faced with serious security challenges, we must be bold to consolidate on the initiatives undertaken by the states to complement the efforts of the security agencies at the centre.” The Governor said.

He asked the National Assembly to repeal the many laws establishing many agencies whose functions overlap or appear to compete with those of the states of the Federation.

Governor Akeredolu said the National Assembly, as part of its patriotic assignment, must also appropriate funds for the sustenance of moribund agencies of the Federal Government.

“There are too many of them. They should reduce, considerably, the number of items on the Exclusive List and increase those on the Residual List for proper devolution of powers.

“I suggest a copious adoption of provisions in the 1963 Republican Constitution as a guide in our quest for a new socio-legal order. If all these suggestions are considered, I have no doubt that we will reduce, drastically, the socio-economic problems which we face at the moment.

“Our journey towards nationhood will have commenced from point of the adoption of these submissions and many more.” He submitted.