No Governor has developed Ondo state like Akeredolu- Adetimehin 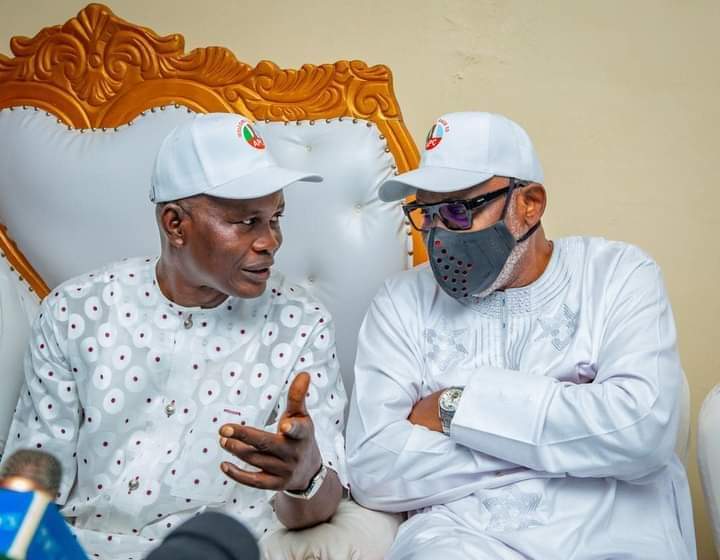 The Acting Chairman of the All Progressives Congress (APC) in Ondo state Hon. Ade Adetimehin says the State has experienced more developmental projects under the administration of Governor Oluwarotimi Akeredolu than any other administration.

Adetimehin stated this while receiving the newly elected executives of the Online Media Professionals (OMP) in Akure, the State Capital .

The Chairman added that people of the state have every opportunity to be grateful to God for giving them Governor Akeredolu.

He urged them to always put the peace of the state ahead of any other political or other selfish gains for collective and viable state.

Adetimehin said aside the ongoing frantic efforts to have Port of Ondo in the southern part of the State, Governor Akeredolu has constructed over 400 Kilometers of Roads including the Ijoka-Idanre road, Oke-Ogba and Gaga roads in the last four and half years .

The APC Chairman also stated that the industrialization drive of Governor Akeredolu is evident especially the Ondo-Linyi project in Ore.

He congratulated the new executives and urged them to play critical role in dishing out prompt, verified and balanced reports that will bring more development to the sunshine state.

He noted that the media can only strive in a peaceful atmosphere.

He said though the new media is the latest trend, the OMP executives should always verify and balance stories before publishing them.

He said the new executives have been paying courtesy visits to organizations and bodies that are partners in the business of communication.

Mr Adebumiti assured the APC Chairman that his members would be constantly reminded of the ethics of the profession and won’t abuse the platform but be fair, credible and objective in discharging their responsibilities