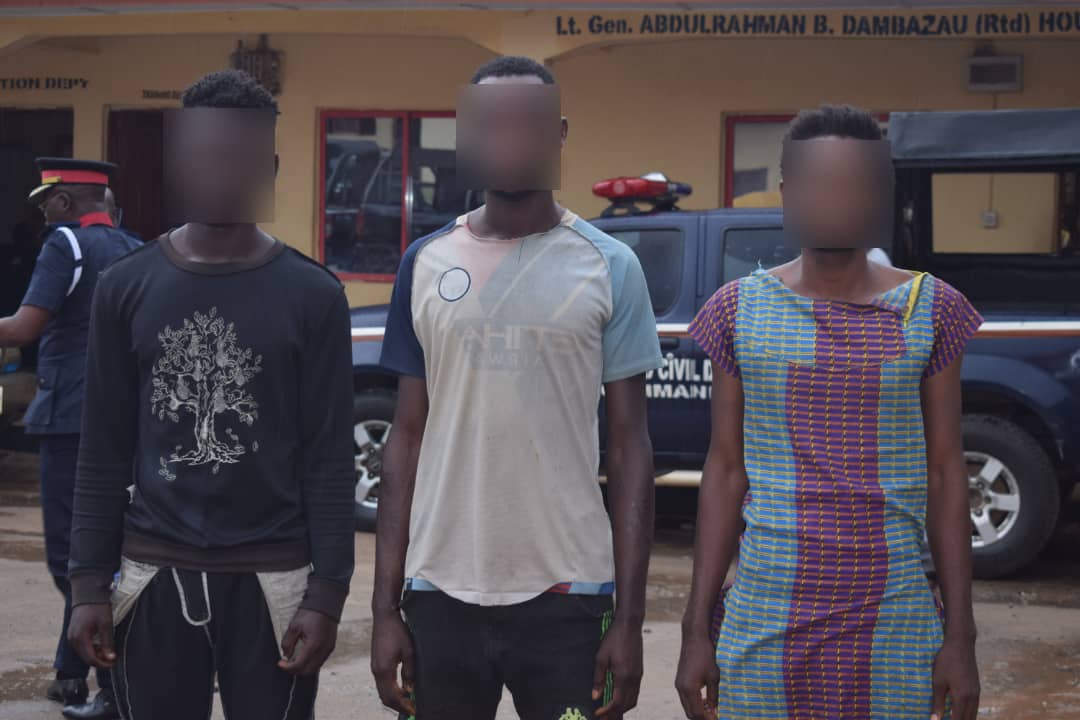 Officials of the Nigeria Security and Civil Defence Corps (NSCDC) in Ondo State have arrested a 29- year-old man, Oke Adebomi for allegedly raping a 4-year-old girl at Oshinle area of Akure.

The suspect was arrested by the Antihuman Trafficking Ilegal Migration and Gender Based Unit of the Command.

Parading the suspect and three others at the command, the state commandant of the NSCDC, Hammed Abodunrin, said his men acted professionally by saving the suspect who was almost been killed by some angry mob.

He said, “We were informed that a suspect who raped a four (4) years old girl who just returned from School.

“Our men quickly moved to the scene and acted professionally by whisking away the suspect who was almost been killed by some angry mob. The Suspect named Oke Adebomi aged 29years old was arrested at Adegoroye street Oshinle, Akure in Ondo

“From the extra judicial statement of the suspect, he confessed that he sexually abused the four(4) year old girl by kissing and using his manhood to caress her private part.

“Medical Examination however revealed there was no penetration but there were signs that he used his manhood on the private part of the innocent girl.

In another development, a thirteen (13) year old was gang raped by Oluwadare Olawale and Suraju who both hails from Ilepa, Ikare Akoko in Ondo State.

The victim was lured, abducted to a private apartment and the two suspects took turns in raping the victim.

One of the suspects who raped the girl , according to the NSCDC boss
is still at large.

He lamented the rising cases of defilemen, rape, sexual gender based violence amongst others despite the continuous sensitization and campaign against such inhuman practices

Also paraded is one Aanu Jimoh who was arrested stolen a motorcycle at Oba Ile in Akure North Local Government.

He confessed that he stole the motorcycle form the Palace of Olowo.

The NSCDC boss said that the Four suspects would be charged to court after investigation is concluded.