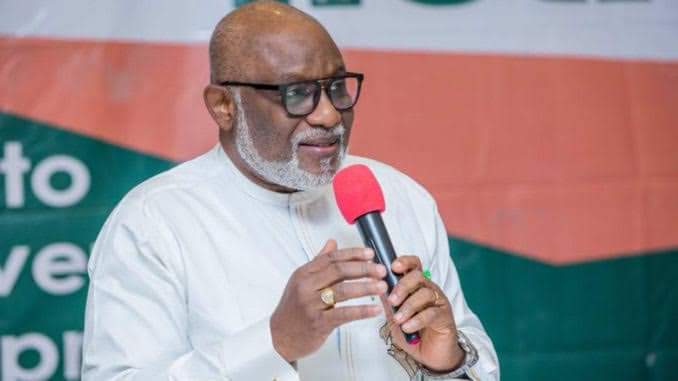 An Ad-hoc committee ordered by the Ondo State Governor, Arakunrin Oluwarotimi Akeredolu, SAN, to restore peace and order in the management of Ikare Akoko Central Mosque has met with all parties involved in the crisis.

The Chief of Staff to the Governor, Chief Olugbenga Ale who presided at the meeting held at the Cocoa Conference Hall of the Governor’s Hall in Akure, was joined in the mediation by some eminent personalities including a former Deputy Governor of Ondo State, Alhaji Lasisi Oluboyo; State Commissioner for Lands and Infrastructure, Engr. Raimi Aminu; Chairman Akoko North East Local Government Council, Hon Omojola Ashimiyu and a Retired Permanent Secretary, Alhaji Kunle Sanni.

In his remarks, Chief Olugbenga Ale said the meeting was in response to some letters received by the State Governor indicative of some degree of restiveness among Muslim worshippers at the Ikare Akoko Central Mosque.

According to the Committee Chairman, Governor Akeredolu quickly directed an inquisition into the brewing crisis to forestall a breakdown of law and order among the Muslim community in the ancient town.

The meeting which lasted over three hours took presentation of positions from the Chief Imam of Ikare group, a delegation of the Olukare in-council and the Mosque Management Committee.

Rising from the meeting, the Committee ordered the reopening of Ikare Central Mosque earlier closed at the heat of the crisis and equally directed the dissolution of all committees set up by either of the parties to the crisis.

The meeting is expected to meet with the concerned stakeholders again before the presentation of its report to the State Government.