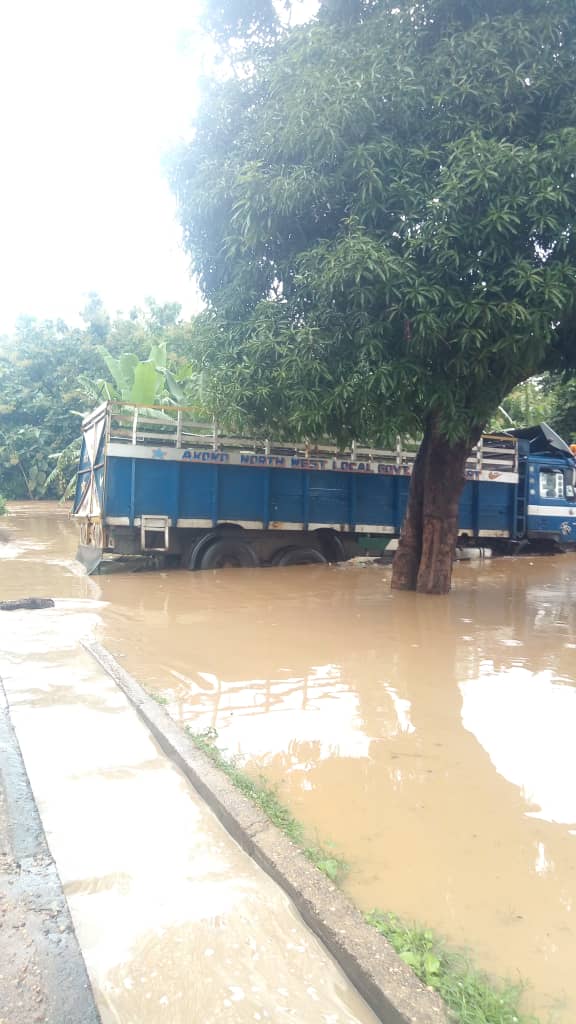 Flooding occasioned by heavy rain has submerged houses and vehicles in Ikare Akoko area of Ondo State.
The rain which lasted for three hours, caused traffic jam in the ancient town.
Worst hit by the flood is the river Dada area where a church and three hotels were affected.
It also wreaked  havoc after  Agbaluku where water equally covered the bridge making it impassable for motorcycles and vehicles.
Many travellers had to pass the night in Ikare as they could not continue their journey due to the flood.
The director of environmental services in Akoko northwest local government, Mrs Yemisi Adeniyi lamented that the incident occurred regularly during rainy season because people blocked water ways with refuse.
Mrs Adeniyi urged those in such habit as well as those who build houses close to River bank to desist or face the wrath of the law.
A community leader Chief James Oladetohun urged the contractor handling Ikare dualisation road to complete the project while the federal government must declare Ikare Akoko.