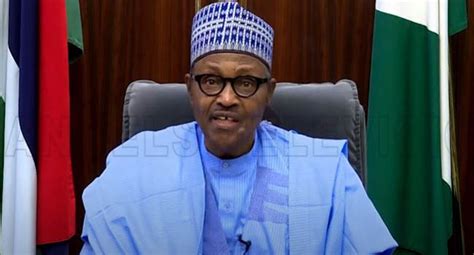 President Muhammadu Buhari has been called upon to tackle the current insecurity situations in the country by going after indentified sponsors of insurgency.

A group, Egbe Omo Yoruba North America (EOYNA), made the call on Tuesday, asking the president to go after those identified by Commodore Kunle Olawunmi(Retd) during a live programme on a TV station in the country.

In a statement signed by Durojaye Odimayo Akindutire, MD president of the group, and made available to newsmen, the group said if President Buhari wanted to fight insecurity seriously and genuinely, he should go after the sponsors of insurgency who have remained untouchable.

EOYNA referred to Cmdre Olawunmi’s revelations that the sponsors of insurgency were well known to security agencies in the country but were being shielded by some people in authority.

According to the statement, the group described as “potent and disturbing” the revelations of the retired military officer.

The statement reads in parts: “The Kernel of what he(Cmdre Olawunmi) revealed is that “the center of gravity of insecurity of all stripes in Nigeria is the sponsors”. This is what connects the Dots. And until and unless these sponsors are exposed and brought to heel, Nigeria will never know peace and will continue to regress.
The challenge is that these sponsors are highly placed Individuals that include Governors, Senators and people in Aso Rock who are known to security personnel but are being shielded by those in Authority.

“These revelations have confirmed the worst fears of some ethnic nationalities in Nigeria that the murderous rampages of kidnappings and dispossession of lands in the Middle Belt and Southern parts of the country are part of a larger sinister Agenda of Ethnic and Radical Religious Domination of the Taliban variety being pursued by some elements in sharia north.

“If President Buhari-led Federal Government wants to tackle insecurity in Nigeria seriously and genuinely, EOYNA calls on the Federal Government under President Buhari to address the core problem identified by Comdre. Olawunmi as its center of gravity – the sponsors here in Nigeria who are well known and have been untouchable. This should be done for All Nigerians to see.”

Commending the retired military officer for the revelations, the group, therefore, cautioned that nothing adverse should happen to Comdre Olawunmi and his family, saying he had exercised his right to free speech and had spoken the truth with facts for the sake of Nigeria and Nigerians.