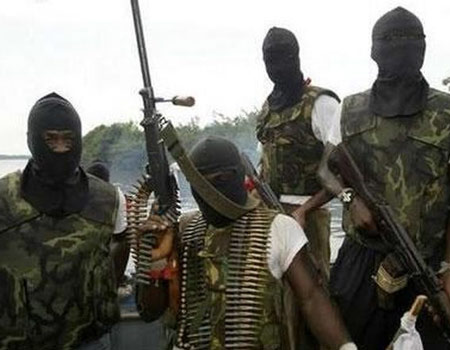 Three out of the 12 victims abducted on Wednesday along the Ido-Ani-Ifira Expressway, in the Akoko South-East Local are yet to regain their freedom.
Men of the State Security Network Agency, also known as Amotekun   rescued nine of the victims of the 18- seater passenger bus travelling to Lagos

The state Commander of the Amotekun Corps, Chief Adetunji Adeleye, said his men responded to a distress call from concerned citizens, adding that the team rescued nine of the 12 victims.
A source however said the kidnappers had reached out to the families of the remaining victims and demanded N10m for their release.
A source explained that the vehicle was attacked at a bad portion of the expressway.
The source said, “It was easy for the hoodlums to strike because when the vehicle got to the bad portion of the road, it could not speed again. It was going on a low speed when they struck.
“Suddenly, the bandits rushed out from the bush and started shooting sporadically, which made the travellers to run helter-skelter into the forest. Some of them lost their personal items while running into the bush for safety. Five of them were, however, unlucky, as the hoodlums caught and marched them into the bush.”
The state Police Public Relations Officer, Mrs Funmilayo Odunlami, said three persons were abducted, adding that efforts were ongoing to rescue them.
She said, “As I speak to you, our anti-kidnapping unit has taken over that case and we expect something positive.”